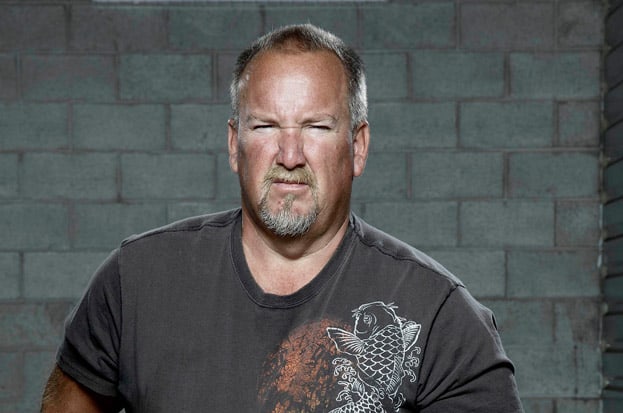 Darrell Sheets is one of the cast members on Storage Wars. In particular, he is famous for being the Gambler, meaning that he prefers to take big risks so as to secure big profits instead of seeking a constant stream of smaller but steadier profits. As a result, an argument can be made that he is an important part of what makes Storage Wars well worth watching. Regardless, it is interesting to note that Sheets is now working with his son, meaning that it seems probable his more than three decades in his chosen profession will translate into a family business in the future. Something that speaks well of his skills.

Here are five things that you may or may not have known about Darrell Sheets:

Met His One-Time Fiance Out on the Open Road

Sheets met his one-time fiance Kimber out on the open road. To be exact, the two exchanged glances through their car windows while driving out on the 55 and 91 interchange in the state of California, which convinced him to follow her car for a few miles before pressing a piece of paper with his phone number against his car window. As a result, the two started dating, with the result that Sheets moved from San Diego to Huntington Beach in order to be closer to Kimber.

Has a New Fiance

With that said, Sheets now has a new fiance named Romney Snyder. In brief, she works for HiCaliber Horse Rescue, which is a nonprofit that claims to specialize in saving horses from slaughter auctions. It should be noted that this news coincides with news that Sheets has lost around 100 pounds, which has some rather interesting implications.

At one point, Sheets found a locker that was valued at around $300,000. This was because the locker contained art pieces by Frank Guttierez, which made it the single biggest find on Storage Wars. The find showed Sheets’s son Brandon what was possible in his chosen profession, which made the son even more determined to follow in his father’s footsteps than he was before.

By this point in time, Sheets is no longer interested in collecting items, which used to be one of his hobbies and interests. Instead, he is now interested in finding valuable items so that he can turn them into cash, though he also spends a great deal of time and effort passing his hard-won expertise and experience onto his son Brandon.

It is interesting to note that Sheets’s business is small-scale in nature. For example, it has next-to-no overhead, which refers to the costs that most businesses need to continue running their revenue-earning operations. Furthermore, it has low volume because Sheets has his eyes set on the most valuable prizes, meaning that if one of his buys is lacking in this regard, he will sell it instead of rooting through it. Something that explains much about the small-scale but nonetheless successful nature of his business.