Home
Movies
Five of the Most Impractical Famous Weapons in Movies 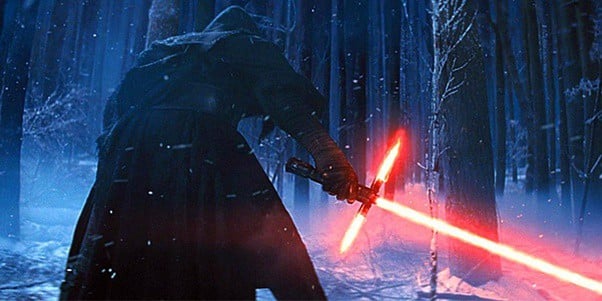 There are a lot of cool ideas that come up when thinking of weaponry for heroes and villains alike in the movies, but there are some ideas that prove the human imagination can reach a little further than practicality allows. Some weapons might be possible if they’re scaled-down, but it’s also likely that some of them are just fever dreams that are born from the excitement that a person might have when it comes to their favorite subject. Several weapons from the movies are highly impractical either because they’re so unwieldy or because they can’t be operated by anyone other than a specialist that knows the ins and outs of the particular weapon. Then there are those weapons that a person might look at and simply ask ‘why?’, as in why the weapon would ever be conceived since it might take a full manual to explain just why it’s even a thing, or why anyone would think that it could possibly be useful in any application. This is especially true for weapons that might cause just as much damage to the wielder as to their opponents.

Here are a few impractical weapons from the movies.

Lightsabers in general aren’t entirely practical since they’re dangerous weapons that are literally ALL edge since the beam of light they’re composed of doesn’t have a dull side and a sharp side. The intensity of the saber is possible to dull down as it’s been mentioned throughout the franchise, but a blade such as Kylo Ren’s is likely only capable of intense damage. Not only is the crystal that powers the blade damaged, but the crossguard is every bit as dangerous to Kylo as it could be to his enemies, more so in some cases since an enemy that knows how to fight can stay away from the crossguard without much effort.

The Fifth Element was a cool movie by all accounts, but the weapon that Zorg unveiled just isn’t possible since every possible system that would be needed to make this weapon practical would end up creating a miniature tank that could only be manipulated by a dwarf or a child. Anything other than this and it would be a one-person mech suit that would be needed in order to maintain the practicality of this weapon since extra ammunition, and the various controls for each method of attack would need to be fine-tuned and attached to an overall control board. This is more like the drawing of an overexcited adolescent or child that wants a gun that ‘does everything’.

When she’s in the field with the rest of the tributes it’s not such a bad weapon, at least until someone gets inside her range and proves that they’re a lot better at hand to hand fighting than she is. Once the war is on though, the bow and arrow are a symbol at best, and unless she were to turn into Hawkeye it was never going to be a weapon that would be capable of mass damage like anything else. Don’t get me wrong, I’m a lover of archery and the simplicity of plugging a target full of arrows, but in a war against armored opponents with guns, the bow and arrow are sadly outgunned in a big way.

Unless his hat was as big as Kung Lao’s from Mortal Kombat, and unless he had some special, cut-resistant glove to recall it to his hand, this is a one-shot, hopefully, one-kill weapon that wouldn’t have a lot of chances against anyone other than those that didn’t know Oddjob was even in the vicinity. And then there’s the idea of what might happen if a strong enough wind were to kick up. Does anyone really think that a bowler hat, even one with a metal rim sharpened to an edge, would be able to simply sail its way through a strong gale? It’s an interesting idea to be certain, but not one that’s entirely sensible.

Can anyone just say ‘ouch’ and a small prayer for the poor sucker that tries to make this thing work? Obviously, in the movie From Dusk Till Dawn, Sex Machine finds a way to get this thing to work without pummeling his manhood into mush, but in real life the recoil would pulverize the very thing that it’s meant to protect, likely leaving the individual helpless for a measure of time that would be deadly in any situation. Then there’s the trick of getting the gun to fire in the first place since with Sex Machine’s model it looks as though the cylinders have no way to feed into the barrel, and the trigger mechanism is, shall we say, problematic at best.

If you winced at the last one don’t worry, I did too.