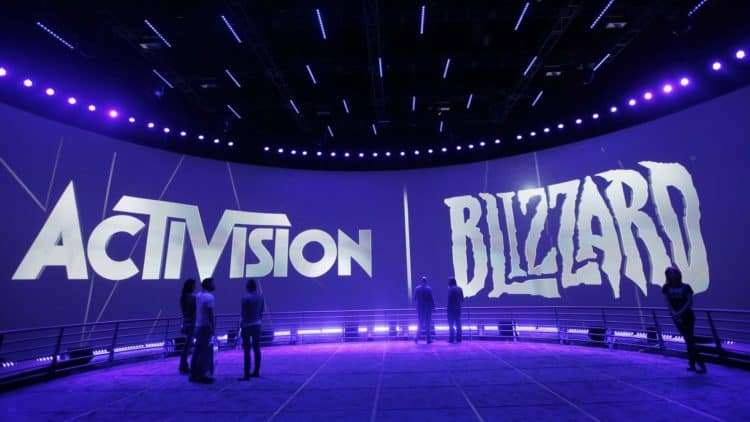 So what happens to a big company when they think that the worst is going to happen is easy to weather? They tend to find out that the worst they can think of isn’t even close to as bad as it can get. In this day and age, any company not paying attention to anything having to do with equality towards women is kind of asking to be shut down, since this is kind of the gist of what this current lawsuit is about. Not only that, but it’s the investors that are coming after Activision. The claim is that the higher-ups that are responsible for making investors aware of, well, pretty much anything and everything to do with the business, failed to mention that the workplace was fairly hostile towards women. There are many that would like to really take a look at what a ‘hostile workplace’ really means and how it’s defined, but in this case, Activision Blizzard is already being brought to heel at the moment for allowing such a situation to occur and not speaking to the investors about it.

As you can imagine, the Activision Blizzards stock prices have been doing down as a result, and there’s no doubt that investors are either thinking of dumping the stock or perhaps looking to dump the people responsible for this matter. Those of us that don’t really have a head for business might say to simply dump the people that made the mistake, but if things worked like that in big business it’s fair to say that the heads of many corporations would be finding themselves booted from their positions very quickly and without ceremony. Too often it becomes the problem of the next person down the line since the foulness does tend to run downhill lest it sticks to those that deserve to share in the blame. In other words, the higher-ups might find themselves with a slap on the wrist, unless real justice steps in and finds them carrying their belongings out the door in a box.

That would be simple and real justice to a lot of people as they understand since the whole idea is that if someone wrongs another person, the antagonist is expected to be punished somehow for their transgression. But when one steps firmly into the business world things appear to change in a big way and the higher one goes, the less it would appear that they’re bound to be held to the same standard. That might be what we’ve been conditioned to believe or it might be real, but the fact is that Activision Blizzard is being hammered at the moment for a very serious offense that can be extremely damaging to any business. Anything to do with women, the workplace, sexual misconduct, hostility, or anything along those lines has been a serious no-no for a long time, but many businesses have been enforcing this with a vengeance in the past couple of decades, with each year seeing a renewed vigor when it comes protecting women’s rights and giving them a safer and more respectable workspace.

To be honest, creating a workspace where everyone is comfortable and people can speak their minds without fear of reprisal is great, but it’s certainly not what we have now. Being able to feel comfortable at work is something that everyone should get to feel, but it’s easy to wonder if some businesses are being pressured by those that feel they can get away with it, or if it’s genuine. It feels horrible to say such a thing since women and minorities shouldn’t be afraid to come to work, but the unfortunate part of being human is that if something is seen to give people an advantage then there are plenty who will gladly take it, even if the means of doing so are rather dubious. In this instance, it does feel likely that Activision Blizzard is firmly in the wrong if they didn’t contact their investors to let them know what was going, and did nothing to stop it from happening. The hope here is that the company will survive this and that things will begin to turn around.

Of course, it’s also a hope that those responsible for this mess will be asked to resign or summarily fired, but if it does happen it’s likely that the higher-ups won’t get much in the way of punishment. At least it feels that way since I could be completely wrong in thinking that this is what will happen. The workings of big business when it comes to corporations are hard to figure out for those of us that don’t operate within the world, and it’s fair to say that if they worked the way that a lot of us are used to, then some corporations might have a similar turnover rate to McDonald’s.