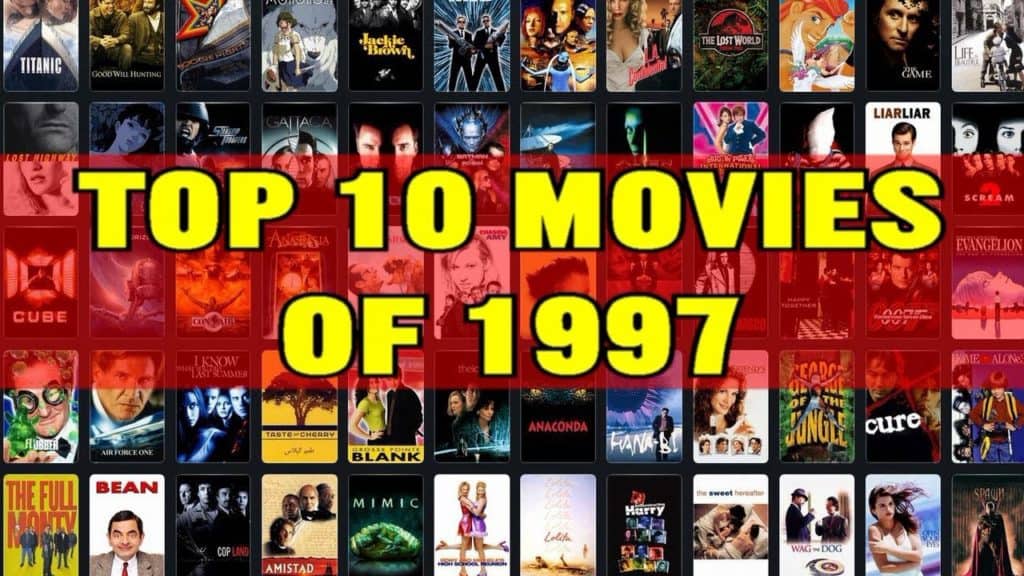 Until now, my best-of-the-year picks had all been pretty conventional: by and large big, prestige dramas and big, hallmark blockbuster.  Sure, there have been a couple indie movies, foreign movies and arthouse oddities thrown into the mix for color, but they had all broadly fallen under the purview of the usual suspects (up to and including The Usual Suspects (1995)).  Starting with this year, however, it seems that you can see the cinephile that I would eventually turn into poking his head up from around the corners.  You still have a litany of “popular” movies, just like every other year, but the particular cross-section of foreign, animated, ‘genre’ and outright bizarre movies is pretty typical of what you can expect to see from here on out. 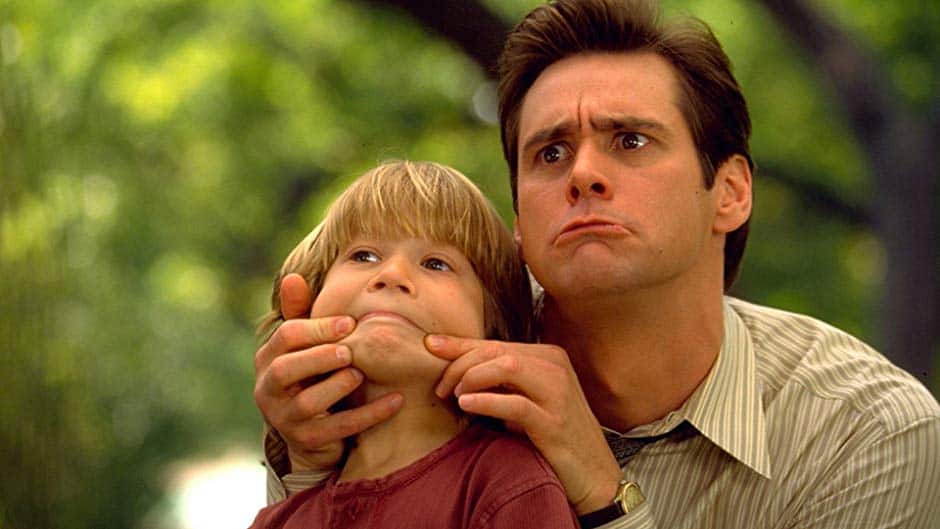 You know, it’s kind of funny, but for as much as I love Jim Carrey, and for as unprecedentedly excellent as his run in the mid-90s was, I really haven’t been able to call attention to him very much at all so far in this series.  He’s mentioned with some of his comedic contemporaries like Robin Williams and Bill Murray, but otherwise… nothing.  Within half a decade of tearing onto the scene with Ace Ventura: Pet Detective (1994), he able to roll out Mask (1994), Dumb and Dumber (1994), Batman Forever (1995), Ace Ventura: When Nature Calls (1995), The Cable Guy (1996), Liar Liar (1996) and The Truman Show (1998): essentially the entire essential Jim Carrey movie catalog.  While Liar Liar really isn’t the best of these (like I said before, 1994 is considered one of the best years in movies for a reason), it is the first to include the kind of earnest point-of-view and genuine heart that made someone like Robin Williams light up the faces of a whole generation of comedy fans.  This tells the heartfelt story of a lackluster father who is taught the hard way why he needs to make up for lost time with his estranged son. 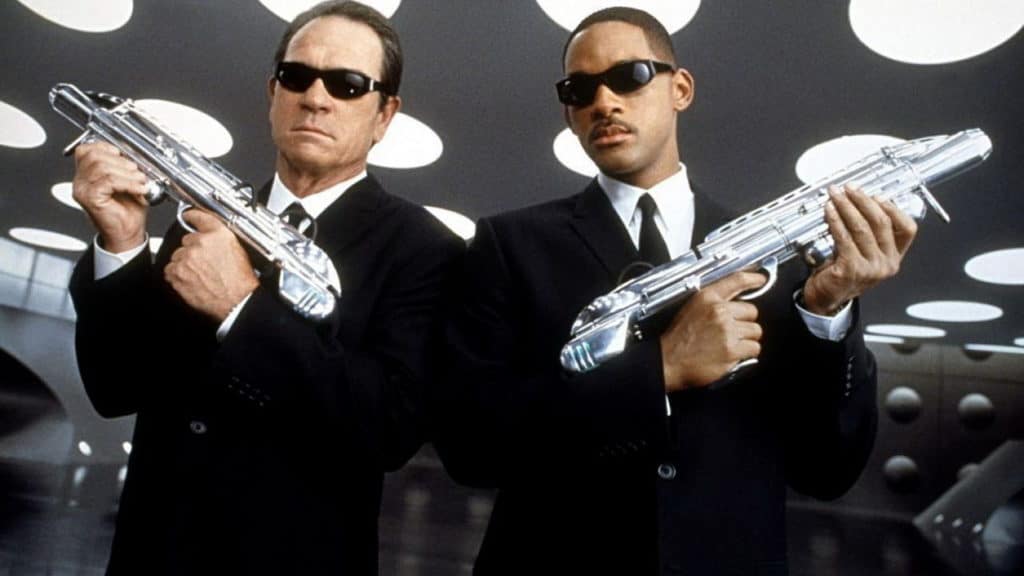 Given how often this franchise seems to get the appeal of its core concept wrong, it’s understandable why so many latter-day fans don’t really seem to care too much about the MIB franchise.  Even that new movie coming out this year, which looks perfectly fine, released its first trailer to a collective, dissatisfied harrumph from the general population.  The first movie, however, understands what it has; basically Harry Potter for sci-fi, it mixes wacky (sometimes gross-out) comedy with over-the-top sci-fi action-adventure and time-tested buddy cop character dynamics.  It simply presents its larger-than-life world as-is with a handful of standout actors (did you realize that Vincent D’Onofrio plays the alien Bug?) and a solid blockbuster narrative.  It’s a fun, broad and hyper-imaginative blockbuster romp, whereas everything that followed it was desperately cloying at whatever lighting-in-a-bottle this first movie managed to catch so effortlessly. 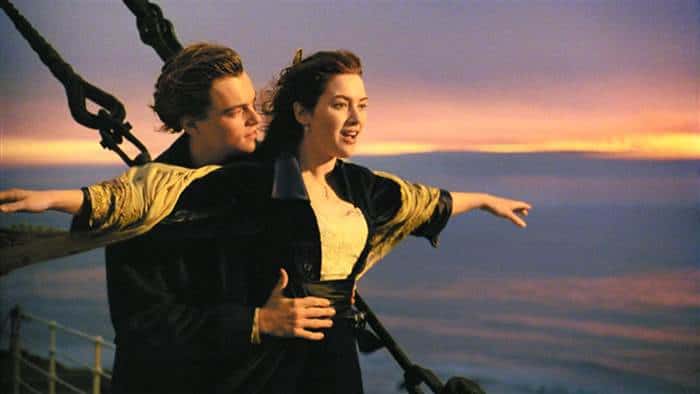 It’s easy to hate on Titanic these days.  The movie won too many Oscars, made too many try-hard boyfriends feel inadequate and was even named one of the 100 best American-made movies of all time fairly recently.  Its director went on to make bigger (and, yes, better) movies in the decades that followed, its leading man became tiresomely omnipresent come each and every awards season and it was, perhaps, the last of a dying breed of Hollywood blockbusters that trace their ancestry back to the swords-and-sandals epics of the 1950s and 60s.  And yet, the movie really is that good when all is said and done.  Its cast is phenomenal and absolutely sells its sappy, over-the-top story of doomed, star-crossed lovers.  Its director elevates its base material to deliver the kind of stirring, romantic epics that we just don’t see anymore.  The special effects of the ocean liner not only hold up more than twenty years later, but were so revolutionarily ahead of their time as to look and feel more realistic than many of today’s finest blockbusters.  Hard as it may be to admit, Titanic is actually a genuinely great movie (sorry, Fellas). 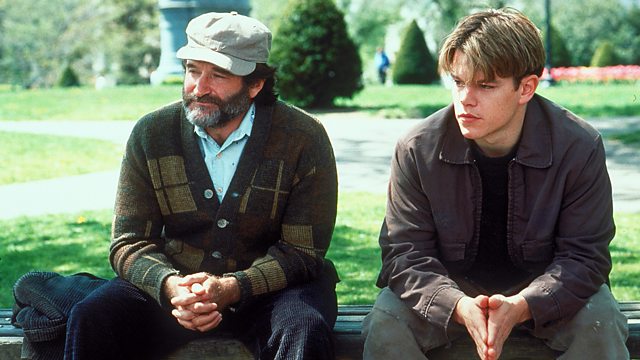 Everybody has a favorite Robin Williams role, whether it’s a homeless Knight of the Round Table in downtown New York, a quietly noble English teacher trying to raise the next generation of poets, a madcap genie with energy to spare or a desperate father willing to go to embarrassingly great lengths to be with his children.  For me, I always turned to his performance in this movie: a quiet, reflective, achingly lonely psychiatrist who pulls out all the stops to help a troubled young man find his way in a world that had long-since abandoned him.  While he may just play second fiddle to newcomers Matt Damon and Ben Affleck (who both wrote and star in this movie), he does so with such subdued intensity that there is no question that he steals the show out from under either of his male costars.

In retrospect, the 90’s really was a gross decade where predatory men ran rampant with the keys to the kingdom.  In yet another retroactively unfortunate Kevin Spacey movie, the seedy storyline adds a comforting bit of meta-textual weight to all the terrible things that we’d eventually be clued in on regarding their content.  This sleazy neo-noir examines institutional corruption, sleezy sex scandals, racism and a litany of other familiar outrages in a slickly-paced, sterlingly acted, show-stoppingly written feature that recalls the nihilism and fatalistic defeatism of the genres bygone heyday. 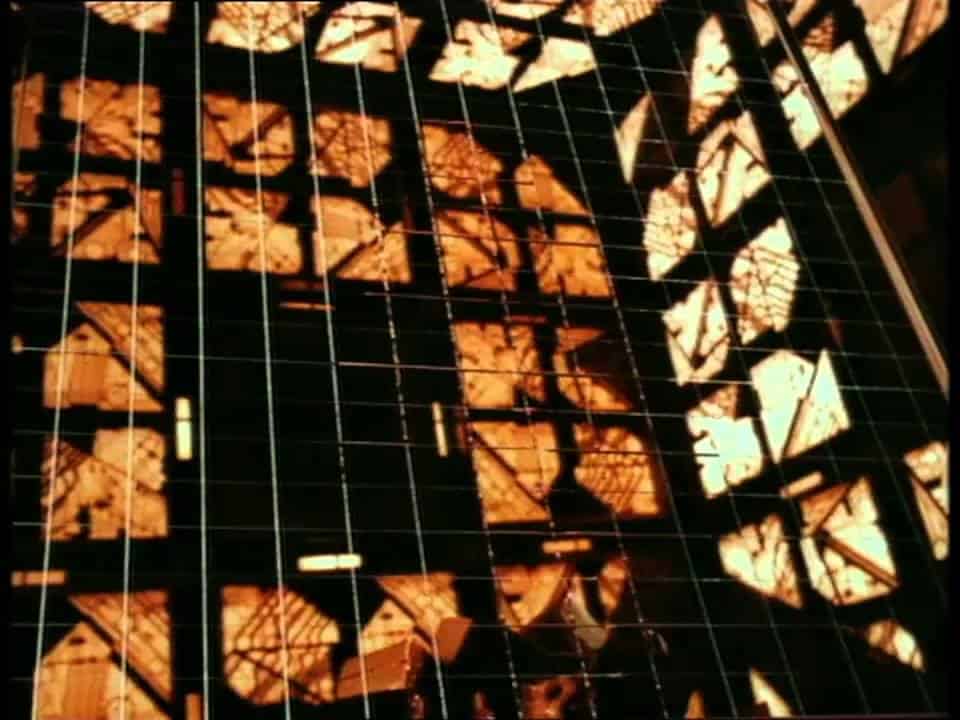 On the polar opposite of the spectrum relative to L.A. Confidential, there’s Cube.  Some movies don’t need all the glitz and the glamour to get by.  Some don’t need A-list casts, buckets of studio money or complicated scripts.  Sometimes all you need is a team that’s hungry for success, a tight script and a killer premise.  So goes Cube, a publicly-funded, independently produced, high concept passion project that somehow explodes outward the ‘locked room drama’ into bold and exciting new territory.  Like the classic Twilight Zone episode “Five Characters in Search of an Exit,” a disparate group of people are locked in what is essentially a giant Rubik’s Cube — a labyrinth of sometimes-trapped, seemingly identical rooms without end — that they are forced to navigate in some vain bid for escape.  It’s a thrilling experience despite its shortcomings, and is a classic, Kafkanesque entry into the horror genre. 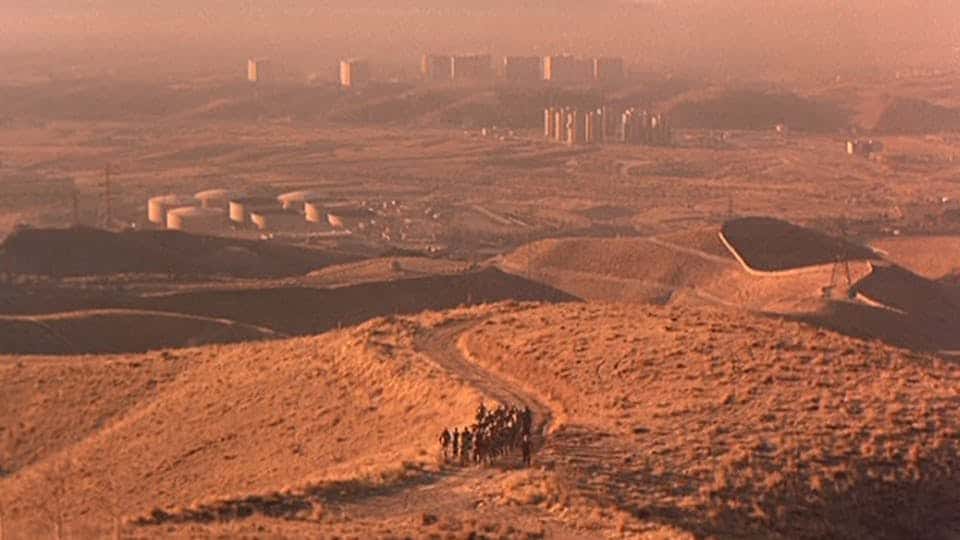 Contrasting with Cube, however, is Taste of Cherry, the Palm d’Ore winning film that strips everything out from its story that isn’t nailed down to the floor.  There’s nothing to see here except a man driving around the countryside, picking up total strangers and asking them to burry his body if he decides to go through with killing himself.  The Zen simplicity of the script, which breaks its characters down to their essence and reveals the tender souls beneath their fleshy exterior, is a sight to behold.  After all, there’s nothing to offer here except for perfection itself. 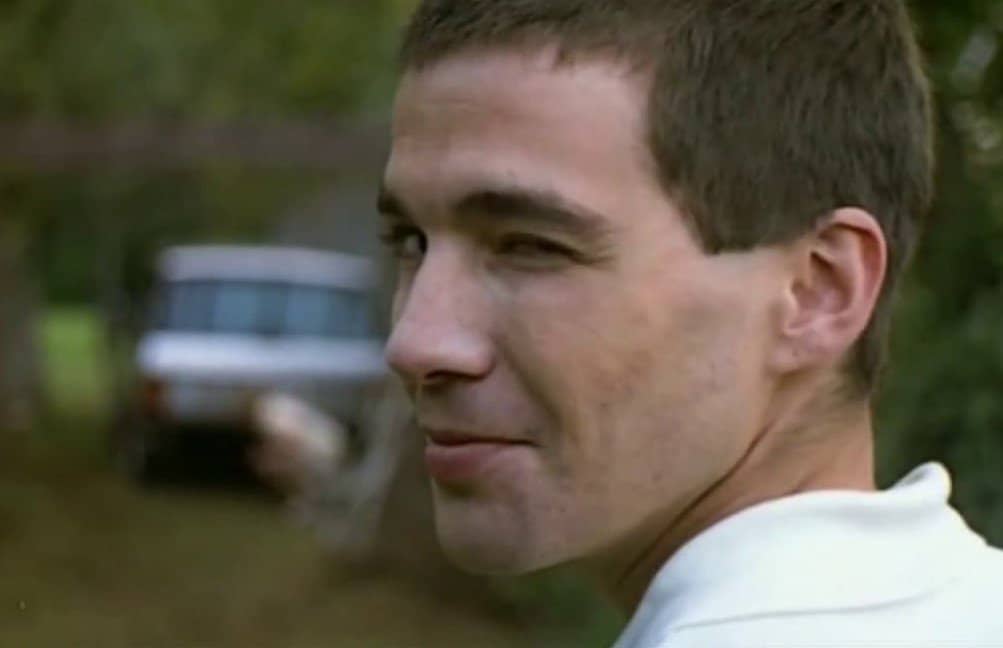 Funny Games falls into the Cube camp of bizzare, arthouse (or arthouse-adjacent), high-concept horror movies that raise the bar for any and every genre entry that is unfortunate enough to follow them on the big screen.  It is a grim deconstruction of not only the slasher / home invasion movie, but of cinematic violence in all of its nihilistic, misanthropic glory.  Despite usually being a pretty old hat at guessing where a movie’s story is going, this film’s twist ending was something that I never saw coming (and a refreshing change of pace, if you ask me).  This certainly isn’t the movie for everybody — not even every horror fan — but I can guarantee that there’s absolutely nothing else like it on the market (and it lives up to the extremes of its own twist premise).

Like Funny Games, Satoshi Kon’s Perfect Blue actively defies expectations, even more so than the rest of man’s eclectic, and eccentric, filmography.  Ostensibly about a J-Pop idol being pursued by her stalker after the poor girl decides to break from the girl band that made her famous in the first place, it quickly becomes the canvas upon which Kon etched his every idea pertaining to life, reality and our perception of the same.  This is a gruesome, challenging work that sadly has yet to reach the same degree of popularity that other anime of the era currently enjoy, but you’d be hard-pressed to find a better example of the medium in its time and place. 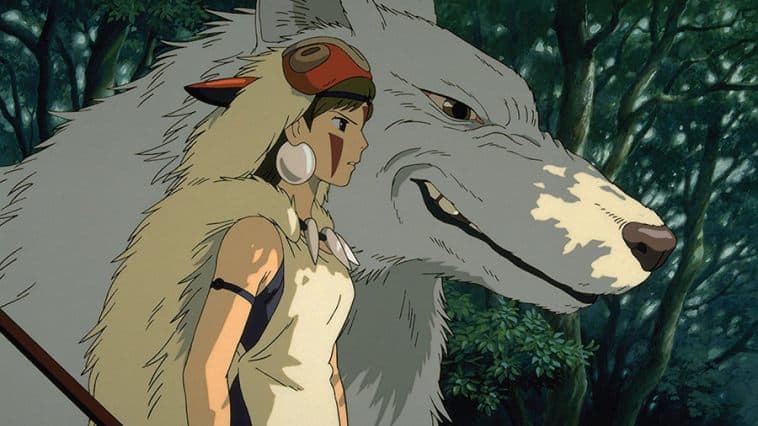 That being said, though, there really is no beating out Princess Mononoke: legendary anime director Hayao Miyazaki’s unequivocal masterpiece (and, yes, I am counting Spirited Away in that assessment).  There’s really just nothing that compares to this movie in terms of its scope, scale, breadth and visual splendor.  Both the English and Japanese tracks feature legendary voice performances by their exceptional casts, the soundtrack is utterly beyond reproach and the mythic story of gods, demons and the lonely prince looking for a cure to his misbegotten curse is the kind of tightly-woven wonder than reminds us what this genre is truly capable of when it’s not obsessively trying to rip off The Lord of the Rings.