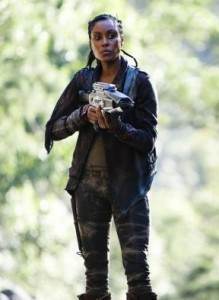 Terra Nova continues toward the end of its first season order with tonight’s ninth episode ‘Now You See Me,’and with it the Terra Nova mole is revealed while Commander Taylor and Sixer leader Mira struggle to survive together against vicious dinosaurs out in the wilderness, and young Zoe must say goodbye to the young Anklyosaurus she’s been caring for as a pet.

Didn’t get a chance to watch? Well, read on for everything you need to know about Terra Nova‘s ‘Now You See Me’!

Commander Taylor prepares to leave Terra Nova on a quest of his own, conversing with his daughter figure Skye (Allison Miller) to visit the grave site of her lost parents upon his return. As he readies his motorcycle, an eager soldier reminds him of Terra Nova’s latest security protocols calling against unnecessary departures, corroborated by Jim, but Taylor remains adamant in his need to leave the colony for a time.

As he explores the cliffsides, he finds more of his son Lucas’equations carved into the nearby rocks, and even evidence of his recent presence, before Mira arrives on the scene brandishing a gun to him! She reminds him that every day Lucas grows closer to the answer behind making Terra Nova’s a two-way portal, and orders him to the ground.

Meanwhile back at the colony, Zoe tends to her pet Ankylosaur in her mother’s lab, still unsure of what to name the young creature. As Jim debates with Malcolm over further security problems, he and soldier Mark Reynolds are called away to examine a flashing light outside the colony, evidence of Sixers communicating with Terra Nova’s mole. They quickly scan the camp for the location of the party replying to the message, and find light flashes emanating from unfinished housing development. They race to the scene, but fail to catch the mole, whom the camera reveals to be Skye! Still, they catch a faint clue in a drop of blood Skye accidentally leaves in a paint sealant can. 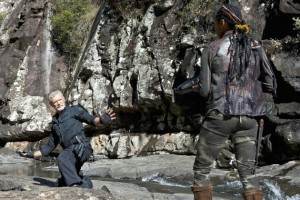 Mira leads a bound Taylor back to her Sixer contacts, only to find their communication down. She makes known their plan to raid Terra Nova’s resources, and return to 2149 richer, and Taylor makes a brief escape effort that culminates in his securing a sharp dinosaur claw to slowly cut his bonds. Meanwhile, Josh pulls a still-bleeding Skye aside to generally apologize for his secretive behavior in working with the Sixers, though Skye clearly doesn’t have time to worry.

Malcolm warns Elizabeth that Zoe’s pet will soon need to be released into the wild, while Sky secretly swipes a futuristic spray that heals her incriminating hand wound. Coincidentally, Jim then arrives with a paint sealant-diluted blood sample left behind, while Elizabeth makes known her doubt they’ll be able to utilize it, but offers up that Malcolm might have better luck.

Mira continues leading Taylor toward the camp, explaining along the way her past as an ex-con working to save her sick daughter, before a pterodactyl swoops in and provides Taylor with the opportunity he needs to get the drop on Mira and turn the tables. Unfortunately for them, a Nyko ‘slasher’watches them from a nearby bush with interest…

As Skye sets out to join Josh for a work detail outside of Terra Nova, Taylor questions Mira for what she knows of his son Lucas, and she retorts that Lucas’hatred of his father stems from some incident in Somalia years earlier. After revealing that she follows Lucas’orders and not the other way around, the two realize they’re being stalked by nearby predators.

Malcolm reluctantly agrees to help Jim analyze the troublesome blood sample, though Jim and Elizabeth find themselves momentarily distracted by poor young Zoe attempting to sneak her pet Ankylosaurus outside of the lab. After arriving at the work detail , Skye quickly slips away to meet up with her Sixer contacts and visit with her reason for betraying Terra Nova, revealed to be her sick mother, still afflicted with the dangerous illness Taylor and the rest of the colony believe her to have died of! She passes off her latest intel and scolds a soldier from withholding treatment from her mother before leaving.

Some time later, Jim provides his wife with a workable blood sample, though the results will still take overnight to identify. As Skye returns for her shift in the infirmary, she nervously eyes Elizabeth’s nearby sample of her own blood. Later that night, she manages to sneak into the lab, and dilute the sample beyond recognition. 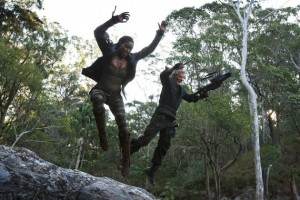 Out in the jungle, Taylor and Mira converse more on their respective children, before the Nyko pair stalking them attacks, forcing the duo to flee through the jungle and off a nearby waterfall. With their only gun now inaccessible, they realize the hunting pair to be especially dangerous dinosaur youths establishing their own territory, and unlikely to give up the hunt. Taylor provides Mira with a knife, noting that ‘We can fight each other, or we can fight them.’They agree to hold their ground for the coming attack.

While Mark makes awkward declarations of his intentions for Jim’s daughter Maddie at the colony and Jim learns the blood sample was sabotaged, Taylor and Mira work on makeshift weaponry to hold off their attackers. Taylor realizes that Mira spent time in prison for taking part in a ‘secessionist’movement back in 2149, before the dinosaurs attack! Their tag team bow and arrow and flaming spear attacks wound one of the creatures, and the other appears to back down from the fight. Later, Mira offers Taylor some local grubs, as they both note they’d make a hell of a team under different circumstances, eventually parting ways.

After investigating that the partially complete blood sample at least narrowed the suspect down from 84 people to 47 females, The Shannons collectively release young Boxer the Ankylosaur among his own kind, and Jim even affords soldier Mark some courtesy by assuring him he likes the boy despite his own fatherly gruff exterior. Taylor returns to camp as he and Jim trade progress reports on their respective missions, Jim assuring Taylor he wouldn’t want to be the Commanding Officer every day. Skye pops by to visit Taylor as well, but backs down from coming clean to her father figure about her identity as the mole.

Did you get your fill of dino-action? What did you think about the episode? Join us in two weeks for an all-new episode recap of Terra Nova on FOX! 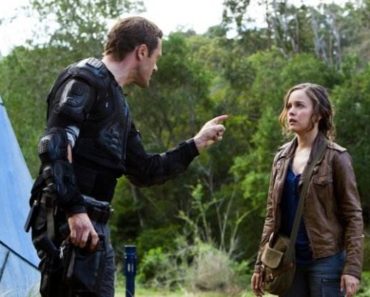 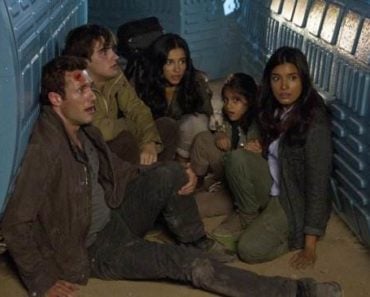 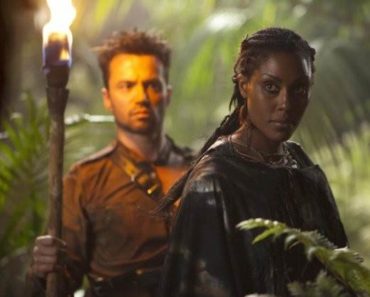 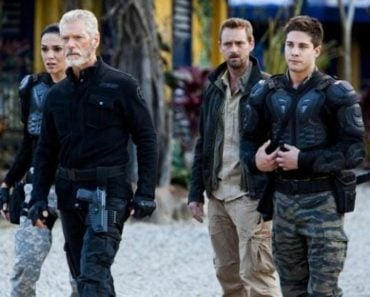 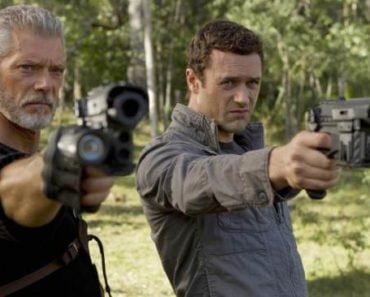 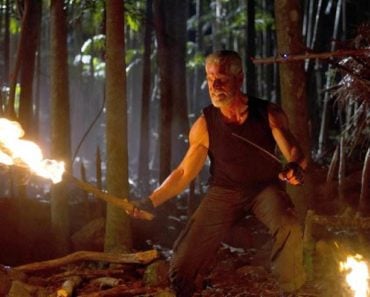