Home
Movies
Who Should Be the Next Big-Screen Wolverine?

Between Logan retiring Hugh Jackman’s version of the character, Disney buying out Fox (and, by proxy, the X-Men and Fantastic Four film franchises) and the increasingly impotent attempts at keeping said franchises relevant in a post-Days of Future Past, post-Avengers cine-scape, the subject of who exactly should take up the mantle of the Wolverine — particularly as it pertains to the soon-to-be complete Marvel Cinematic Universe — is a subject of increasing interest for many movie buffs and superhero fans.Â  And it makes perfect sense why this fan casting has become such a fascination to anybody who’s seen a blockbuster in the past decade or more.

Hugh Jackman was so uniquely perfect in the role that settling on anybody else for it is a rather difficult prospect: one with no clear frontrunner, where seemingly anybody with the right body type and action pedigree is on a more-or-less equal footing.Â  Jackman was, in fact, as pitch perfect as Wolverine as Patrick Stewart was to Professor Xavier and Ian McKellin was to Magneto.Â  And because it was his breakout role, an entire generation of movie-goers grew up thinking of him as only Wolverine, no matter what his attempts to branch out into more dramatic or musical roles tried to do otherwise. 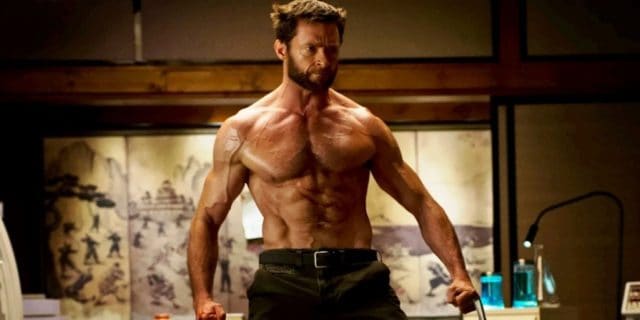 The X-Men film franchise was one of the first of its kind to ride the wave of superhero obsession ushered in more concretely with Sam Raimi’s Spider-Man movie to years later.Â  The first movie was unreservedly good, even if it was marred by the post-Batman & Robin, anti-camp design aesthetic that robbed the team of their visual flair and arresting personalities.Â  The second was an ambitious retelling of the classic God Loves, Man Kills storyline that played out almost as good on the big screen as it did on the page.Â  First Class re-envisioned the franchise as a 60s-era spy thriller that finally gave up something akin to the characters’ iconic looks, directed by the man who would go on to give us the Kingsmen movies.Â  Days of Future Past told THE iconic X-story — a cautionary tale about the seemingly inevitable path of humankind’s innate hate and fear of marginalized populations — in a way that only this medium is capable.Â  And when you toss in fan favorites like Deadpool and genre deconstructions like Logan into the mix, they’re all in all had a pretty exceptional run: almost good enough to make you forget about the times when the franchise didn’t work, or was only passable.

And it has been in a loose state of near-constant production since the first movie hit in 2000.Â  It’s the longest-running superhero franchise of all time: one that has yet to be rebooted, remade or otherwise “messed with.”Â  There’s a certain purity in the way that it’s maintained a single (if sometimes strained) continuity, as well as a mostly intact cast, over nearly two decades of release.Â  And with this era in filmmaking coming to a close — with Jackman adamant that he will not return to his most recognizable role when the franchise returns to Marvel by way of Disney — it’s only natural to speculate as to what the MCU will make of its newly acquired franchises and characters. 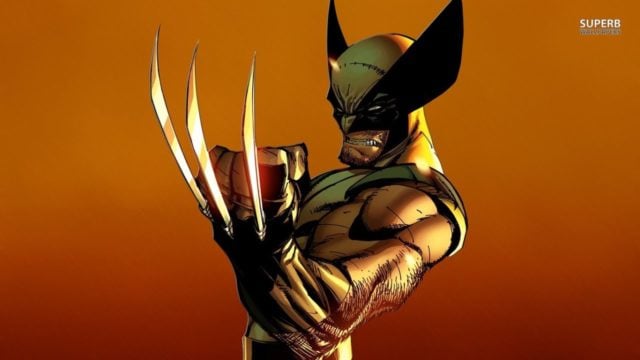 Although the MCU does not need a Wolverine by any stretch of the imagination, it will undoubtedly create one.Â  After all, Wolverine is far too popular and iconic of a character to just shelve for future use.Â  He was a member of the Giant-Sized team that revitalized the franchise after its poorly received comic run came to a close.Â  He was the most central character in the movies that helped popularize the genre into THE go-to blockbuster framework.Â  And he has remained one of the foremost characters in just about every iteration of the team across their multiple, media-spanning iterations.

In recent days, more than a few actors have thrown their hat into the ring for the job.Â  Scott Eastwood, son of the esteemed actor-director Clint Eastwood, has propositioned for the role on multiple occasions, little sense though the Suicide Squad actor would make in it.Â  Most recently Tom Payne, best known for his appearances on The Walking Dead over the last two years, also professed an interest in playing the superhero.Â  And, to be clear, neither of these men would be suitable replacements for Jackman.Â  In fact, they’d be downright terrible. 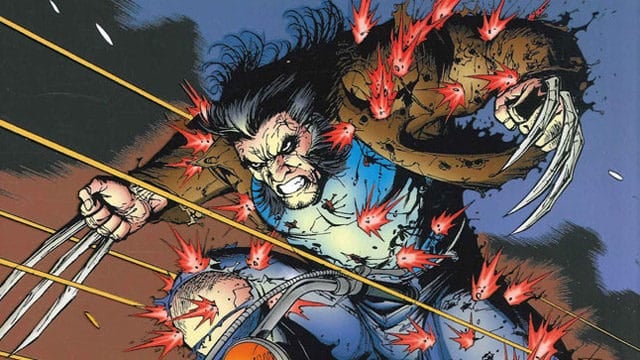 There are two routes that Marvel could run with this, although they will most assuredly take the first one.Â  The pattern that Marvel has established for its cinematic universe has been to introduce the iconic version of their characters from the comics first (Wolverine).Â  After that, they establish his supporting cast of teammates and sidekicks that can either build up the central hero or spin off into their own adventures (the X-Men).Â  And, finally (in many cases, the phase that the older Marvel characters are starting to reach), they introduce the successive legacy versions of the character that have been introduced, lab tested and accepted in the more recent comic books (X-23).

Introducing the “classic” Wolverine in the movies before all else makes too much sense for the MCU at this point.Â  Even though I would much rather skip to the legacy heroes after almost two decades of James “Logan” Howlett, this would be the smarter business move for them to make.Â  They establish the fan-favorite characters first, bring them together as a team in an Avengers-like team-up, then worry about successors to the throne later on down the line.Â  This is less alienating to franchise fans and gives the larger series more of a shelf-life (by ensuring that there are legacy characters to ease into the role after the actor they chose for it ages out of the character or moves on to bigger and better things).

To this end, there’s only one man I can think of who can fill the imposing shoes leftover from Hugh Jackman’s run as the character: Tom Hardy.Â  Hardy is an exceptional actor — easily one of the best cinematic thespians of his generation — and has already proven himself as an action star, most notably in Mad Max: Fury Road.Â  Not only can he handle a character of this much dramatic heft, not only does he fit the look of him to a T, but as Max he proved that he can capture the too-often overlooked bestial, near-feral side of the character that Jackman was mostly too naturally charismatic and charming to pull off.

My preferred route to take, though, is one already introduced in the soon-to-be defunct X-series.Â  What Marvel should do is just transfer over the Wolverine that they already have.Â  And no, I don’t mean Hugh Jackman’s Logan.Â  I mean Dafne Keen’s Laura Kinney. 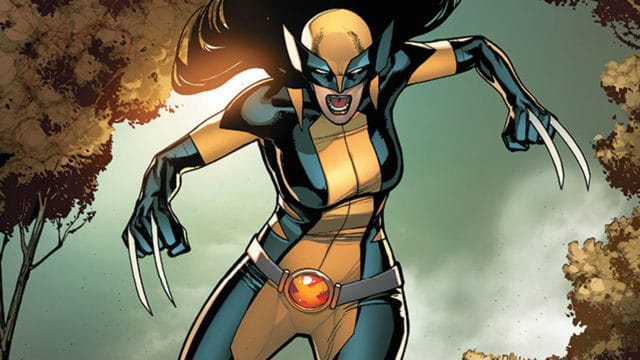 Despite her age, Keen has already proven herself as perfectly suited to the role of Laura as Jackman was to Logan.Â  She is an exceptional talent that will only continue to blossom as she grows older.Â  Logan was her breakout film and they will never be able to pick her up at a better price than they will now (basically same as what they did with Tom Holland).

What’s more is that she’s already the Wolverine in the Marvel comics (or was, rather, before they unceremoniously gave that title back to her newly revived predecessor).Â  In there, she is an amazing character who is in many ways far more interesting that her forebear ever was.Â  And as a Hispanic woman, she adds a much needed splash of color to a rigidly monochrome mega-franchise that is reshaping itself to reflect the real-world far too slowly. 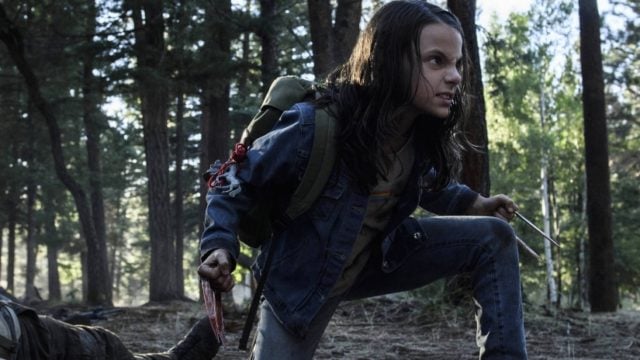 It would be a bold and interesting move for a franchise not averse to taking its films in bold and interesting directions.Â  It would recontextualize the baseline of what is Wolverine for the MCU, a move that would go a long way to distinguishing how its X-Men are different from the ones we’ve been seeing for decades already.

Besides, her presence as Wolverine wouldn’t preclude the Logan version from cropping up elsewhere down the line.Â  It would just mean that he would be introduced in relation to her, as opposed to the other way around.Â  It would make for a compelling plot of a solo movie (her soul-searchingly trying to find her “father”) and allow Marvel to jump straight to the “Old Man Logan” version of the character that has always been so popular. 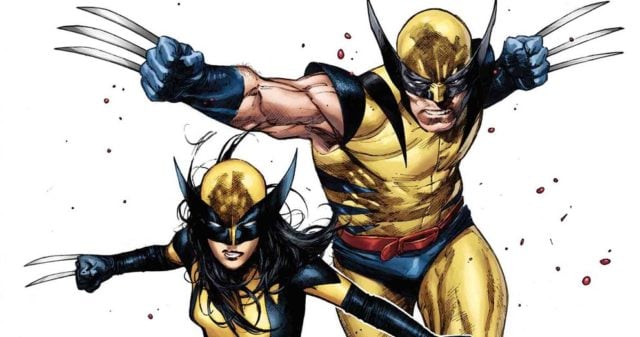 But, sadly, I doubt that they’d put that foot forward in a multimillion-dollar movie intended to win over jaded X-movie fans set in their ways with Hugh Jackman as their unimpeachable Wolverine.Â  It would be a Hell of a thing for them to do, though.