House of Lies debuts its sixth episode and midway point with “Our Descent into Los Angeles,” as Marty Kaan (Don Cheadle) works to prevent his son’s expulsion from school when a boy claims he was sexually assaulted, and Jeannie (Kristen Bell) has a mini-breakdown about her wedding. “Our Descent into Los Angeles” offers another promising step for the series, though not without its faults.

You know, it’s a shame that with all the Superbowl shenanigans I didn’t get a chance to talk about House of Lies last week with ‘Utah,’which despite a lame anal subplot I found to be one of the stronger character-based episodes of House of Lies to date, and one of the better uses of the ‘job of the week’formula that often gets in the way of giving the series any solid grounding. That’s exactly why ‘Our Descent into Los Angeles” caught my eye, as it largely eschewed any weekly clients to devote some time to its actual characters. Whether or not it succeeded in that, is a matter of personal taste.

Of course the story largely rests on Marty, who continues his rivalry with Greg Norbert just as his pretend stripper-wife from the first episode, April, travels to LA to both enroll in law school and seek legal advice on her manslaughter case (because that makes sense). And as if that weren’t enough, his son Roscoe faces expulsion at school because another boy claims Roscoe attempted to kiss him, and the donations of the boy’s rock-star father prevent his side from taking culpability. Admittedly, that’s a lot of plates to wobble about, but since most of the stories inherent have already been established, little escalates beyond the allotted runtime’s ability to evenly divide things. 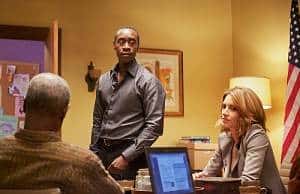 The only thread that really matters anyway is that of Roscoe, given that the boys mostly work things out on their own. I’ve been wary of the show’s exploitation of gay rights issues, or gender exploration, or what-have-you, largely because they’ve seemed like the show’s manufactured edginess rather than any genuine discourse. And while it’s too much of a thread to explore in one sitting, I like that bringing Marty in to deal with Roscoe opens up the cracks to explore a bit of his fractured psyche. It’s only a brief, stylized glimpse, but I get the sense that House of Lies is lining up some much deeper emotions to come out in future episodes, which I trust Don Cheadle implicitly with.

On the other side of things (since Doug and Clyde mostly sit this week out) Jeannie takes off from doing additional work in order to go wedding cake shopping with her fiancÃ©, which admittedly feels a little light without any sense of who the man is, or who these two are as a couple. It doesn’t particularly help that we’re not given any time to revisit the story once Kristen Bell does her requisite freakout and realizes she has no interest in planning a wedding, or possibly having one at all. Much like Marty’s side of things we’re only given a small portion of the story worth telling, leaving the burden of the episode on the strength of its actors, something House of Lies goes to often.

Ultimately ‘Our Descent Into Los Angeles’is the kind of House of Lies episode that shows a bit of promise, but still leaves me wondering if the subject material were best handled with a little more time and seriousness. A House of Lies with less bombastic music or cartoonish device, and proper time to flesh out stories like these could have made the series much stronger, but for now we’ll have to do with glimmers instead of shines. 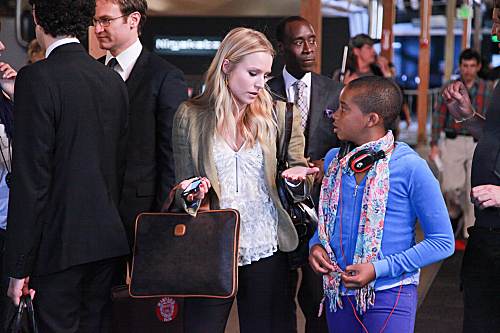 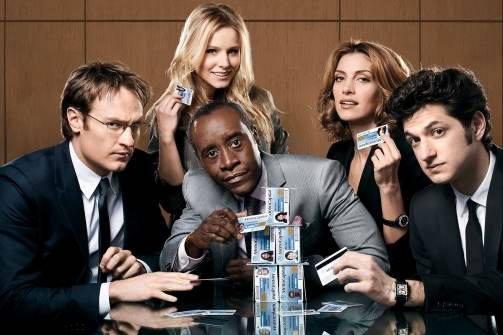 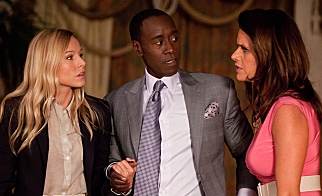 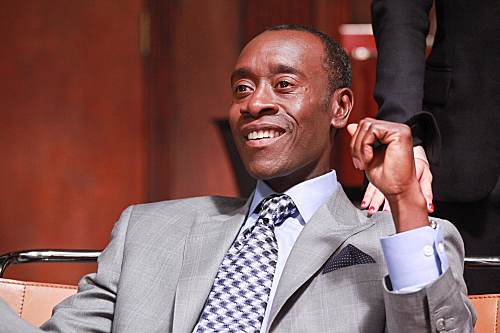