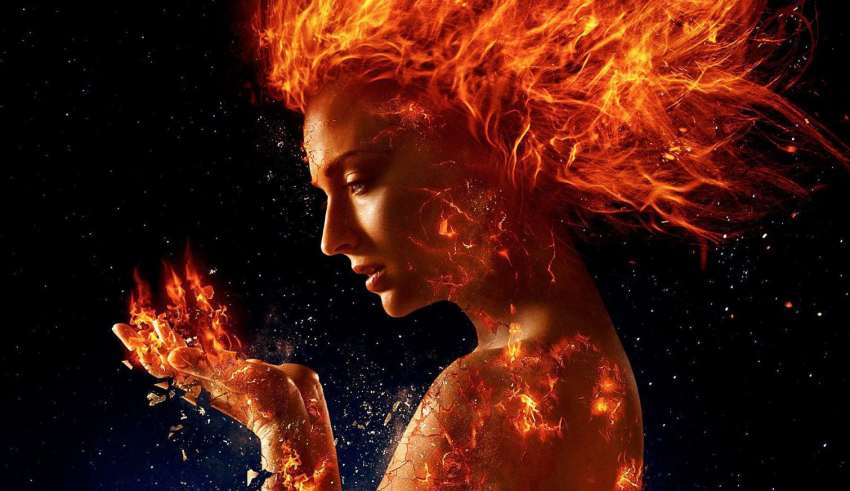 If you ask any fan of the X-Men franchise — be they familiar with its filmic, televisual or print incarnation —  that the Dark Phoenix Saga is THE iconic X-Men story.  It’s up there with the likes of other certifiable classics, like God Loves, Man Kills (which became X2 in 2003), Days of Future Past (which was adapted back in 2014), Joss Whedon’s Gifted (which formed the wasted B-plot of 2006’s X-Men: The Last Stand) and Old Man Logan (which formed the loose narrative skeleton of 2017’s Logan).  It’s so intrinsically tied to the narrative DNA of this particular set of characters that it has now made its way twice onto the big screen (first in The Last Stand and now in Dark Phoenix) and many Marvel fans of my generation remember its cartoon adaptation in X-Men: The Animated Series a touchstone of their childhoods.

The gist of the story is that after decades of being sexually and socially repressed by the profoundly patriarchal hierarchy of the X-Men and especially its well-meaning (if still nakedly duplicitous) leader, Charles Xavier, an accidental encounter with the Phoenix Force opens the floodgates of the telepath’s untapped mutant powers.  Manipulated by the illusory villain Mastermind and the hyper-sexualized Hellfire Club (to say nothing of her concerned, if unhelpful, friends the X-Men), she rage-quits the planet and unthinkingly commits genocide by destroying a distant planet.  She returns to finish her fight with her former ersatz family and is eventually, by hook and by crook, defeated and reverted back to her baseline Marvel Girl powers. 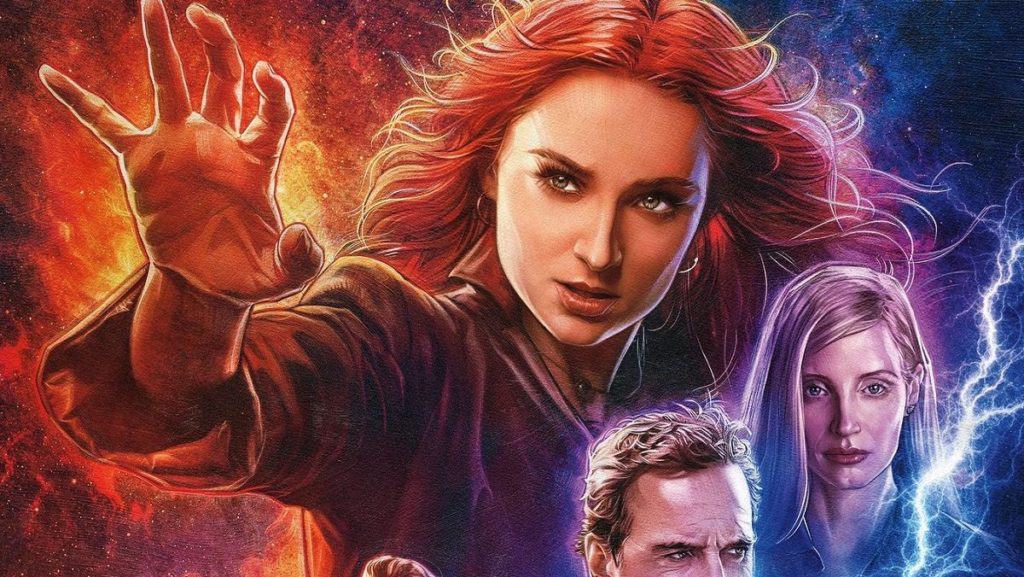 Unfortunately, however, her recent inter-solar destruction drew the attention of the intergalactic Shi’ar Empire, who come to try and execute her as a war criminal.  During their trial-by-combat on the Moon, the X-Men make one final, valiant last stand, and though victory appears to be within reach, a super-weapon is activated that threatens to destroy the solar system.  The former Marvel Girl, newly re-empowered Phoenix and forever Jean Grey, desperate to save her home, family and everybody that she cares for, sacrifices herself in a fiery show of humanity.

As they hold off their Shi’ar executioners, the Earth low on the horizon and countless stars shining overhead, between Marvel Girl telekinetically hurling rocks and Cyclops firing his optic blast, the emotionally-charged text — emblematic of their 137 issue journey — reads: 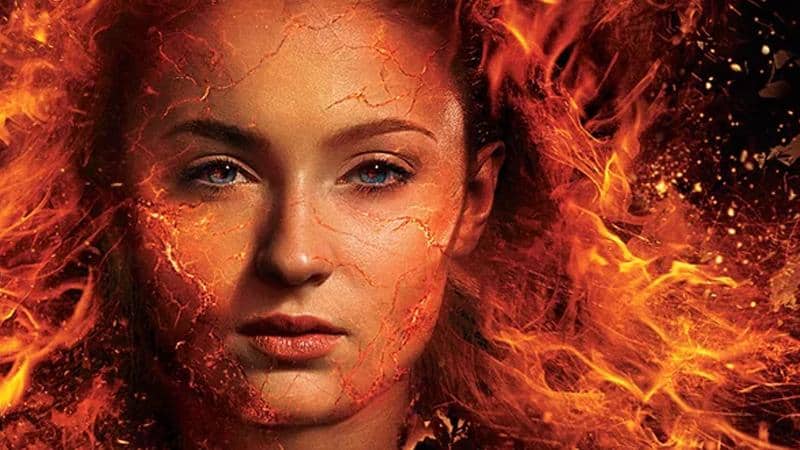 As they make their last stand, they find themselves remembering the day they first met — so long ago, so far away.  They remember all that’s happened since — good times, and bad — and dream of what might have been.  One upon a time there was a woman named Jean Grey, a man named Scott Summers.  They were young.  They were in love.  They were heroes.  Today, they would prove it — beyond all shadow of a doubt.

Needless to say, the Dark Phoenix Saga is the culmination of decades worth of comics.  It is the final, emotional end-point for Jean Grey as a character, the X-Men as a team (both in their original 1960s incarnation and their more-popular 1970s reboot).  It is a direct indictment of the entire comic industry that has done innumerable wrongs by their female characters for nearly half a century by that point.  It is both a literal and figurative deconstruction of the superhero genre as a whole and of Marvel’s X-Men in particular.

It is no wonder, then, why Fox has failed each and every time that it has tried to adapt it for the silver screen.  Stripped of decades worth of context, development and buildup, the events of X-Men #101-108 and 129-138 are impossible to do justice.  The Last Stand tried to cram everything into merely the leading half of a movie that was already suffering a great many behind-the-scenes issues.  They even perplexingly open it with Jean murdering Cyclops, one half of the emotional core of this story, just to get him out of the way so that the forced romance between her and Wolverine can continue unimpeded.

Dark Phoenix somehow gives us even less than that to work with.  Although Jean is thankfully the star of her own movie, at least, we have had less than a full movie’s runtime with which to get to know her and Scott before everything goes sideways with the Phoenix Force.  We have only ever seen her as the Carrie White stand-in that all the other kids were afraid of in the unutterably forgettable X-Men: Apocalypse (2016): something to be hated and feared even within the larger Mutant community.  We don’t see her as the sexually repressed “good girl” that defined her as a character in the comics for her first hundred appearances.  We don’t see the weight of the Xavier-fronted patriarchy beat down on her for decades at a stretch, although Xavier’s controlling nature is at least the subject of some discussion here.  Both the subtext and literal text that gave meaning to this particular story are entirely absent in this telling of it, leaving us with no reason to possibly care about this last desperate act of marketing before Marvel simple absorbs better versions of these characters into its highly successful MCU mega-franchise. 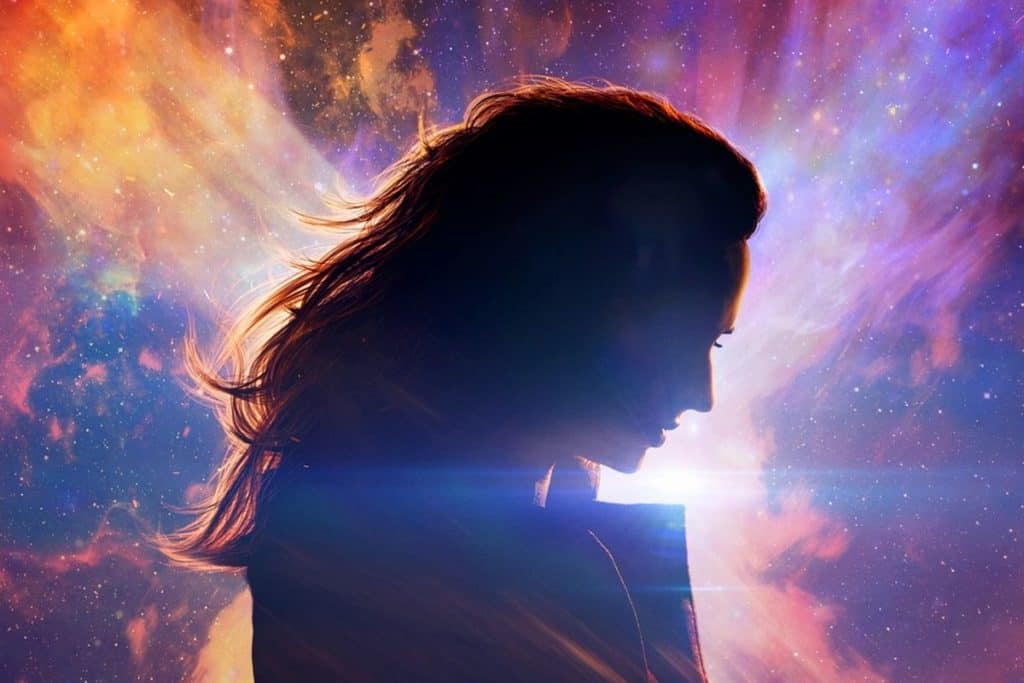 When everything’s said and done, Dark Phoenix is less a bad movie than it is a boring one: less a monumental failure than the heavy thud of a wet turd that nobody wants to own up to.  With the  ultimate fate of the still theoretically forthcoming New Mutants still a matter of some debate, this may just be the last, underwhelming entry in a franchise that only ever worked when Fox was happy enough to look the other way.  And if this really is how this storied franchise goes out, it has opted to do so not with a bang, but with a whimper.