Home
Movies
Why Do Film Studios Keep Coming Back to Tolkien? 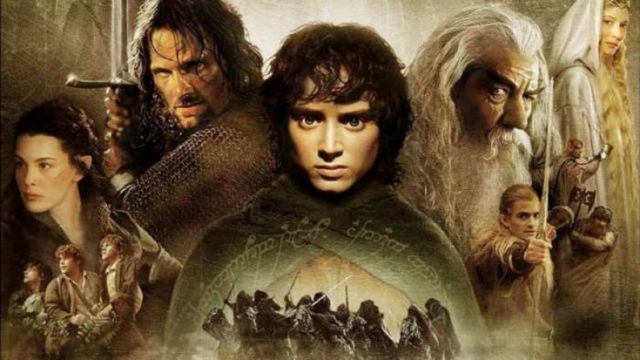 Popular culture has been obsessed with the works of J.R.R. Tolkien, the esteemed author of The Hobbit and The Lord of the Rings, for the better part of a century at this point.  The earliest editions of D&D so directly lifted from the author’s imagination that they were legally forced to change the names of many of their races after Tolkien’s estate successfully sued them.  Hobbits became Halflings, Ents became Treants and Balrogs became Balors.

Growing up in the 90s, seemingly every fantasy novel in stores was either a loving homage or a shameless ripoff of The Lord of the Rings.  From everyman protagonists to noble kings exiled to the wilds, from ancient, monolithic evil lords to their corrupted followers, from wizened gray wizards and from newly resurfaced magical artifacts the coming age of men, seemingly no publication in the genre could escape from Tolkien’s orbit. 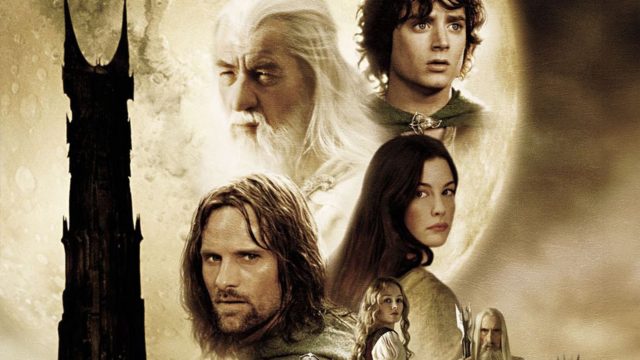 And then, of course, there were the adaptations: endless translations of Tolkien’s most seminal works to the small and big screens.  The 1977 animated Hobbit — with its off-puttingly stuff animation and warped sound quality — was standard viewing in my house while growing up.  And although all of its forbearer’s multitudinous faults were compounded by its two sequels, I can’t deny that the 1978 The Lord of the Rings and the hilariously inept 1980 Return of the King didn’t have a place on my family’s movie shelves too.

The crown jewel of fantasy film, however, came when I was in Junior High.  The 2001 adaptation of The Fellowship of the Ring — along with the 2002 The Two Towers and the 2003 Return of the King — are the commanding standards by which all other fantasy films are to be judged.  From faithful recreations of Tolkien’s iconic characters and locations to the serendipitous casting of all the main characters to the sheer, masterful scale that only a film series could possibly achieve, it became the definitive version of the story for an entire generation of movie-goers. 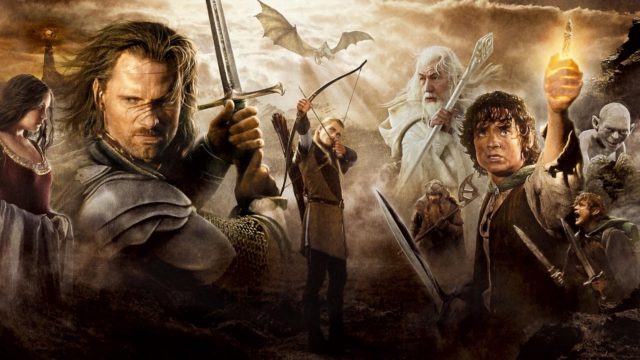 From its unprecedented critical acclaim (at least for something from what had been traditionally disparaged as one of the “low genres) to its sweeping box office success, it helped reimagine the 21st century blockbuster: where franchises didn’t necessarily need to be filmed one installment at a time and stories could breathe beyond one or two isolated entries.  In many ways, in fact, The Lord of the Rings trilogy laid the groundwork for mega-franchises like the MCU, which have eschewed singular and linear as guiding cinematic concepts for more than a decade now.

And, really, all of that should have been enough.  After producing three instantly iconic classic fantasy-adventure films, raking in as many awards as its cast and crew could drag off-stage and amassing a veritable dragon’s horde at the box office, the franchise, such as it was, had earned a restful retirement.  Better to let it go out with dignity and let newer blockbusters break new ground where it let off than to drive it into the dirt with the likes of Batman & Robin and Die Another Day. 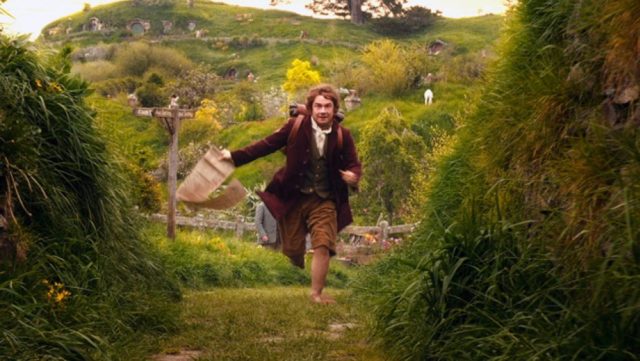 But, of course, that isn’t what happened.  The movies were too beloved.  Their earnings were too high.  Its author had left too large a body of comparable works to adapt.  And the topography of the modern blockbuster had changed too much to dismiss the prospect of adapting multiple complimentary, inter-related works built from the ground up to be the next big cinematic universe.

Thus we got The Hobbit.  No, not THE Hobbit.  We got a trilogy of Hobbits: one short children’s book adapted into a film series every bit as long and drawn out as The Lord of the Rings.

The thing is, though, that it’s not as if there wasn’t a compelling argument to be made for adapting The Hobbit into three movies.  Despite its abbreviated length and the intended age of its audience, it is a surprisingly dense book: jam-packed with exotic locations, sprawling quests and expansive casts.  The novel had three key beats that almost perfectly divided it into the three parts of a trilogy: the escape from the Goblin kingdom, Smaug’s attack on Lake Town and the Battle of Five Armies.  Even by inevitably tying it into the events of The Lord of the Rings, which everybody knew was going to happen going into it, a trilogy consisting of three, tightly-written, 90-minute movies could have been the perfect companion to the earlier film trilogy and the beginning of an expanded Tolkien mega-franchise that legitimately had something crucial to offer modern audiences.

What we got, though, wasn’t that.  Padded with every ancillary scrap and half-remembered idea Tolkien ever had on the subject — as well as a few cringe-worthy inventions of the Hollywood studio system — what we got as a bloated, drawn-out, over-stuffed mess that didn’t know whether it was coming or going at any point of time.  And while it had some of the best individual scenes of the entire franchise (particularly the Riddles in the Dark section), these were buried under cresting waves of filler, further compounded by the fact that special extended editions were released for each film to stretch them out to a fully, Tolkien-esque length. 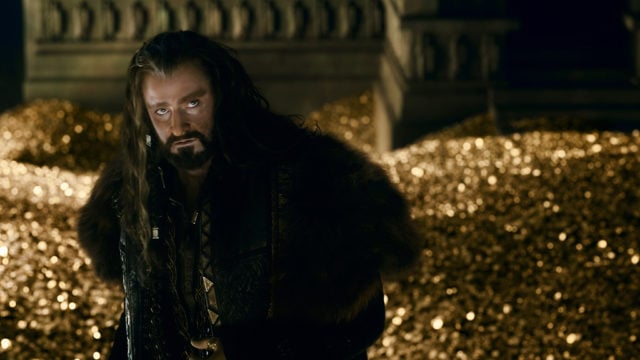 And still they’re not done with it.  Amazon has recently purchased the rights to create a Lord of the Rings TV series for their streaming service.  By the look of it, it’s going to be the most unwieldly adaptation yet.

Tolkien’s novel is going to be adapted into no less than five season series and a possible spin-off series.  All told, this is going to cost Amazon a total of $1 billion dollars.  That’s billion, by the way.  With a “b.”  And to top everything off, the mega-corporation is looking to hire Peter Jackson, the director responsible for everything Tolkien in the 21st century, to bring it all together. 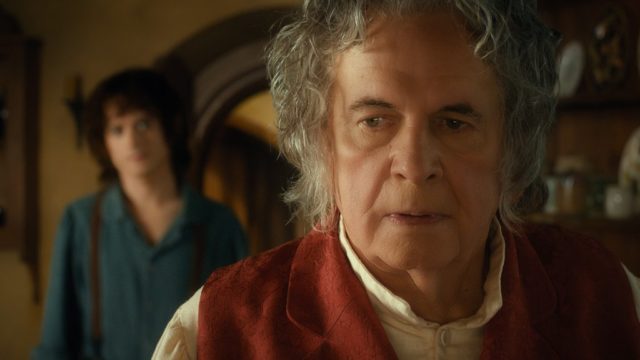 There’s an obvious answer to the question of why studios keep coming back to Tolkien.  The series’ track record speaks for itself.  It is so entrenched within the popular psyche that for most people, The Lord of the Rings IS the fantasy genre: the sum total of everything anybody has come to expect from the fateful crossing of sword and sorcery.  It has a culturally ubiquitous cache and a built in audience of, well, everybody that translates directly into profits for whoever holds the license.  After all, people are willing to pay for two things, familiarity and quality, and the works of Tolkien — even the most obscure ones — have that in spades.

So do not expect for this to be the last you hear of Tolkien adaptations in even the near future.  This is not the death knell of a corporate brand but rather the continuation of one.  Tolkein’s monumental influence over the fantasy genre will not soon go away, and until it does, studios will always be circling back on his masterworks in order to make a quick buck.  Whether you prefer that to cheaper (but differential) knockoffs is bound to be a matter of preference, but the stranglehold this seminal classic has over the entire genre will undoubtedly be upheld either way.