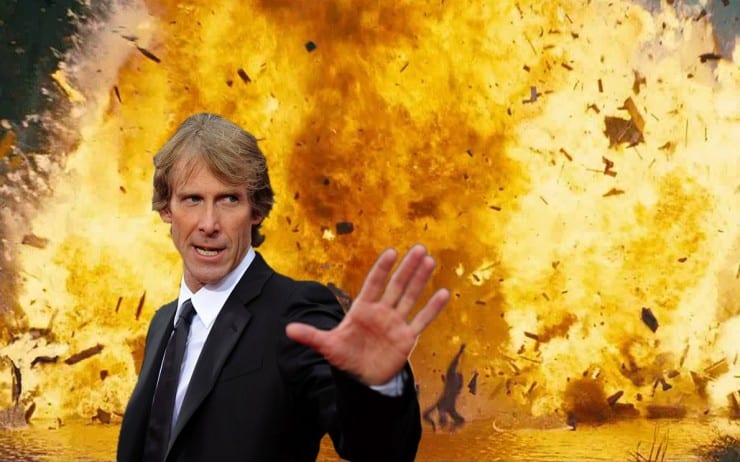 While anybody who’s so much as glanced at my writings could tell you I’m a bit of a movie buff (translation: I’m utterly obsessed), that’s not actually everything I watch.  If anything, I’m actually more prone to watching YouTube videos than I am curling up on the couch to watch a feature-length film.  I mean, sometimes you just don’t have the time or energy to devote to a full 90+ minute movie.  Sometimes you just need a little bite-sized something or other to get you through your morning cup of coffee.

And although I have many go-to videographers clogging up my subscription feed, the incomparable Lindsay Ellis is perhaps my very favorite.  She doesn’t make dinky little videos that you use to pass the time between cat memes popping up on Facebook.  No, she makes full-on, meticulously researched, academic video essays on everything from the histories of pop icons to an interdisciplinary analysis of Michael Bay’s Transformer movies.

And when I found myself with some time to kill the other day, it’s this last series of videos — her Whole Plate series — that I found myself rewatching in their entirety: verging on two-hours of applying cinematic mainstays like genre theory, auteur theory, feminist theory and Marxist theory to some of the biggest, baddest, explosioniest movies to ever be thrown up on the silver screen.  These videos are nothing short of excellent (both in whole and in part) and I cannot recommend them highly enough for anybody interesting in film (regardless of whether you’re an already-hardened academic or a novice just looking to know a little more about those movies with the alien robots that sometimes turn into cars for no particular reason).  They’re fun, funny and wickedly insightful.  And besides, if you want to delve a bit deeper into the cinematic aspects of these movies — demonstrably some of the biggest cash cows in film history — there aren’t too many academics devoting their time to similarly deep dives into movies that even most fans seem quick to dismiss as trash.

It was when I was watching her video on Transformers and genre that she said something that stuck with me, something that I hadn’t really considered before but immediately made perfect sense to me: “Michael Bay is almost a genre unto himself.”  And although she went on to further explain this statement in the next stretch of the episode (using the often commented-upon Kubrick / Spielberg dynamic at play in 2001’s A. I. Artificial Intelligence as her go-to example), this basic sentiment — of director as genre — stuck in my craw well after the point was made, the video ended and she started talking about how we engender sexless alien robots in her next video. 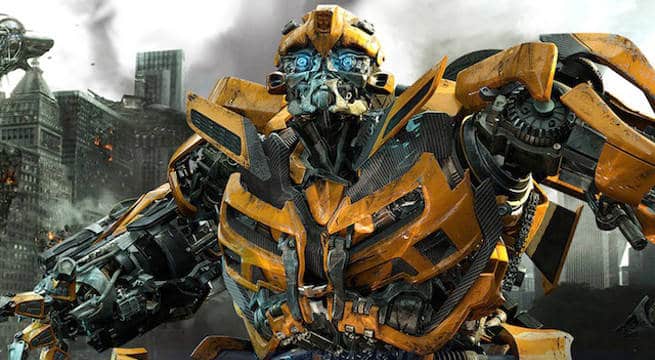 Although fundamental to even the most basics discussions of film, I have always found the insistence in and emphasis on genre massively overblown to what it can add to a given film’s discourse.  At worst such labeling is unhelpful (such as the bizarre insistence that last year’s Get Out is actually a comedy instead of a horror film) or so convolutedly beside the point as to be utterly beside the point (such as others’ even more bizarre insistence that last year’s Get Out is actually a “mystery, suspense, psychological, satirical, social thriller” instead of just “a horror film.”  Just don’t ask anybody on the internet it The Silence of the Lambs (1991) is a horror movie or, God forbid, if Star Wars (1977) is actually science fiction.

That’s not to say the genre as a concept nor as a branch of film aren’t worthwhile, just that people seem to forget the entire reason that they are worthwhile in the first place.  They provide a context with which to discuss the movie.  By discussing a movie within the confines of genre, you immediately bring into the fray any number of ostensibly similar films as well as a set of conventions that it either conforms to or subverts.  In that sense, director’s invariably serve a similar role in contextualizing one movie within a matrix of others (I mean, that’s the basis for Auteur Theory, which is already the bedrock of armchair film scholarship). 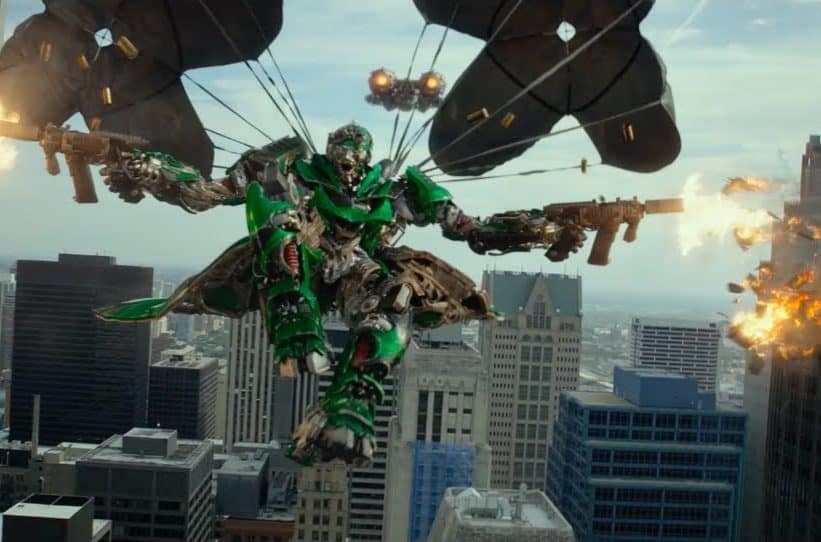 To continue with Lindsay’s Transformers example, discussing these movies as “Michael Bay movies” is actually a far more helpful context than by straining to classify them as science fiction, or fantasy, or action, or superhero movies.  None of these genres fully encapsulates exactly what these movies are: individually they are insufficient to contextualize them and jumbled together it somehow makes even less sense than it did initially.  But everybody knows what a Michael Bay movie is, and these movies are the apotheosis of Michael Bay.

They are larger than life action movies shot in the style of a Victoria Secret commercial.  They, in Bay’s own words, shoot for the edit: mythologizing every shot by maximizing the visual impact in every single frame of the film.  They only ever aim to work in-the-moment, with narrative threads, character arcs and emotional beats breaking down the second that they roll off screen.  And that’s not even getting into his movies’ contempt for their world, characters and larger stories. 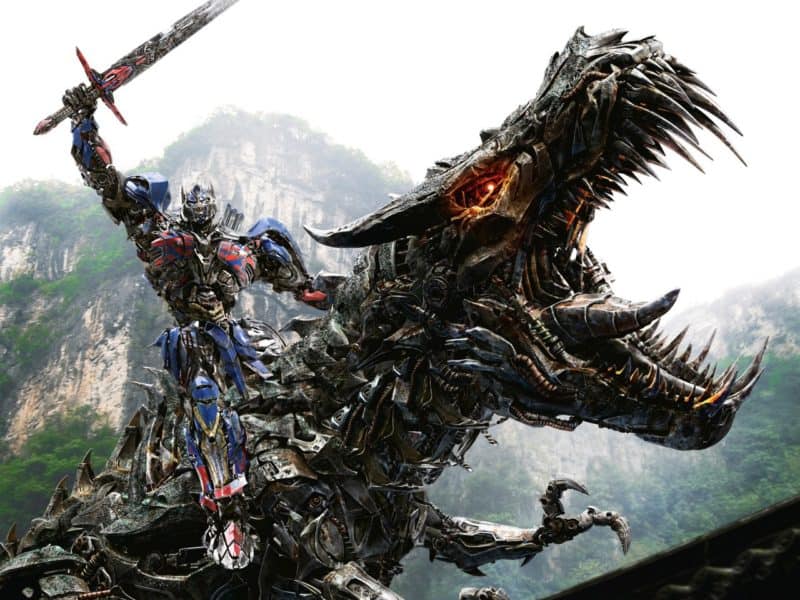 The point is, when genre starts to break down as context for discussing a movie, directors-as-genre can serve to pick up the slack.  Similar to trying to tackle the exact genre of The Silence of the Lambs (where older movie-goers insist that it’s a horror movie and newer ones insist that it’s a police procedural), it can be a challenge to agree on exactly what genre David Fincher’s films fall into?  They’re certainly shot like horror movies, but none of the tangible content in their narrative screams of masked slashers nor malevolent forces.  It makes more sense to say that they’re David Fincher Movies and go on from there.

Obviously, this idea steps on a lot of academic toes, not the least of which is the aforementioned Auteur Theory, which already insists that the director is the sole author of his films and that over time his oeuvre provides a context for discussing his films.  The problem is, though, that the specific requirements considered orthodox within the theory (simply, (1) technical competence, (2) personal style and (3) interior meaning) keep some directors whose work certainly benefits from this kind of contextualization at arm’s length. 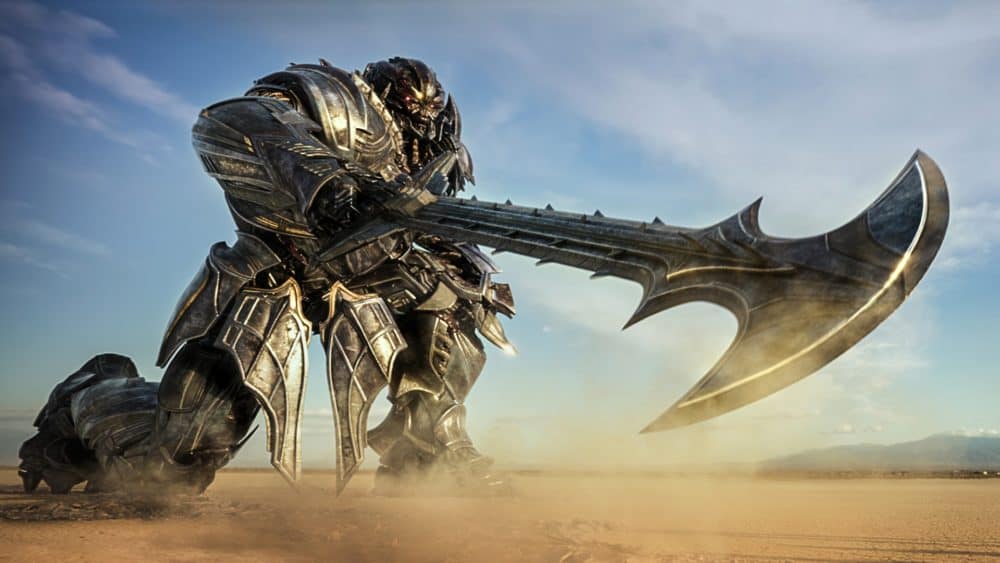 For instance, the first requirement of an auteur is that they are technically competent.  Simply put, they need to be good at their job — they need to be able to compose and edit together shots, direct the camera where it needs to be and all-together make it so that the audience can make sense of what’s happening on the screen.  Can you honestly tell me that any of that actually applies to Michael Bay?

I’ll never forget that when we were first learning about Auteur Theory, somebody in the class raised his hand and asked out professor “can somebody be an Auteur if they’re a bad filmmaker?”  He used Bay as an example, citing that he had a personal style all his own (evident in every movie he’s ever made) and there is actually an interior meaning (thematic, political, moral, etc…) in his movies.  He’s just bad at shooting them.  (For the record, my professor’s answer was “no”).

Judging from her Whole Plate videos, Lindsay disagrees with Bay as some kind of anti-auteur.  Her earlier episode covering Auteur Theory defended him for at least being baseline competent as a filmmaker.  I would argue that the very next episode, Why Is It So Hard to Remember What Happens in Transformers (which examines how the inherent pandemonium of Michael Bay’s aesthetic makes it nearly impossible to remember what actually happens in any given one of them) and the later episode Framing Megan Fox (which details how Michael Bay constantly undermines the text of his film by how he shoots it) make better cases for him lacking technical competence than against all odds actually having it.

Auteur theory, at least as it presently exists, has its limits.  Directors can be technically incompetent while still having a wealth of style and meaning to contextualize their work.  That is where the idea of a director-as-genre comes in.  It provides that oh-so-important context in which to discuss the films while sidestepping all of the problematic, aggrandizing and overly-restrictive aspects baked into the idea of the auteur.