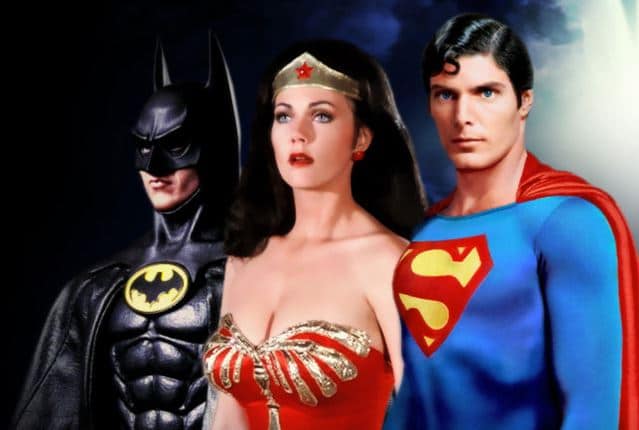 Later this week, DC Comics — longtime rival of entertainment juggernaut Marvel comics and the iconic home of heroes like Batman, Superman and Wonder Woman — will be launching a new, comprehensive subscription service: DC Universe.  One of its key selling points is that subscribers will be able to watch the new Teen Titans television series, simply named Titans, which drew considerable attention earlier this year for its now-infamous catch phrase of “f*** Batman.”  It will also feature cult favorite animated series Young Justice, itself a spiritual successor to the earlier, widely beloved Teen Titans animated series.

DC has had a long and storied history when it comes to the adaptations of its sometimes-ubiquitous, sometimes-obscure comic book source material.  They helped not only to launch superheroes as their own, distinct cinematic genre, but along with such box office mega-hits like Jaws (1975) and Star Wars (1977), blockbusters themselves.  So to honor that legacy, and the one it hopes to continue via DC Universe, let’s take a look back at the very best movies the comic publisher ever produced. 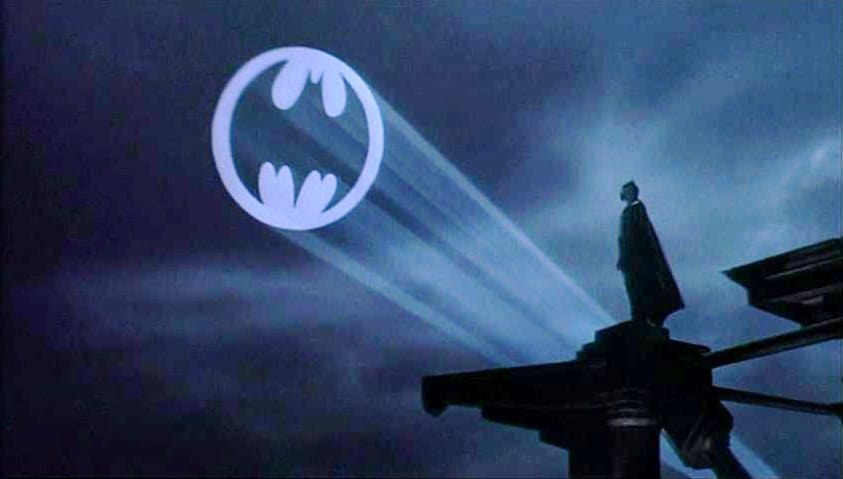 Spoiler Alert: there’s going to be a lot of Batman on this list.  It’s simply unavoidable.  He is by far the company’s most enduringly popular and marketable character.  Because of this, for better or for worse, he’s typically the only one that they’re willing to push through the Hollywood meatgrinder into a theater near you.

When it comes to the early Batman movies, everyone has their favorite.  The first movie was a compromise between emerging auteur Tim Burton and gun shy studio executives that were wary of giving Burton too long a leash on his first production of this scale.  Its sequel, Batman Returns (1992), was a grotesque exaggeration of everything Tim Burton about the first movie, from Gotham’s neo-gothic aesthetic to the director’s increasingly obvious sexual fixations.  Batman Forever (1995) traded stylized brooding for neon-colored camp, and was, I think, a lot closer to the endearing spirit of the characters it depicted than anything that had come before it.  And then there was Batman & Robin (1997), a movie that’s not at all as bad as you remember it being (I promise you) which nevertheless ultimately killed the franchise for years to come.

For my money, despite Burton’s slant-eyed view for the character and his world that is far more visual than substantive, the 1989 original is the best of this lot in terms of raw quality.  Reigned in from his natural tendencies by a rightly worried studio, it failed to hit the rock-bottom lows of its immediate follow-up while ultimately looking and feeling cooler than anything from the franchise until Christopher Nolan came along with Batman Begins (2005).  It’s a compromised work, granted, but in the end, it works. 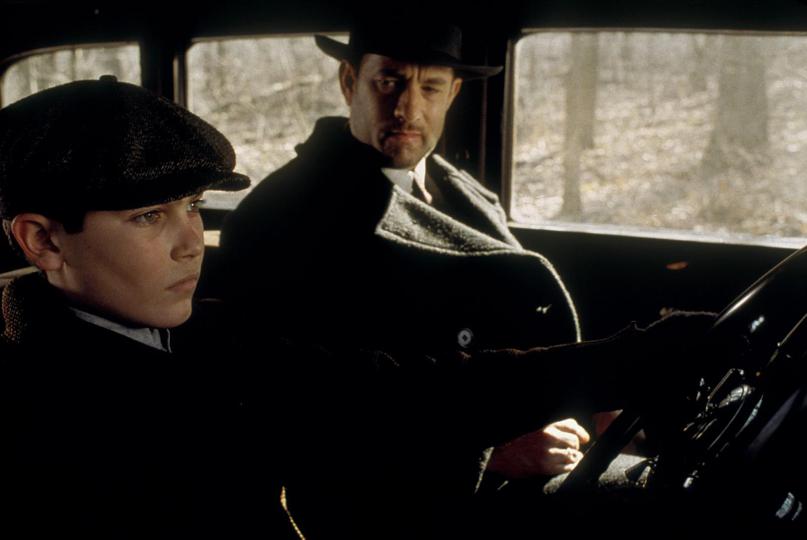 Through all of its multitudinous imprints and side-publications, there’s actually a lot more to the world of DC comic adaptations than men and women dressed in form-fitting leather.  There are dark generic deconstructions, radical political manifestos and somber stories of loss buried among so many punches and catch phrases.  Among them is Road to Perdition, a sobering coming-of-age story about the son of a Prohibition-era gangster who goes on the run with his dad when a run-in with fellow clandestines leaves the rest of their family dead and an entire city full of thugs hunting them down for the price on their head. 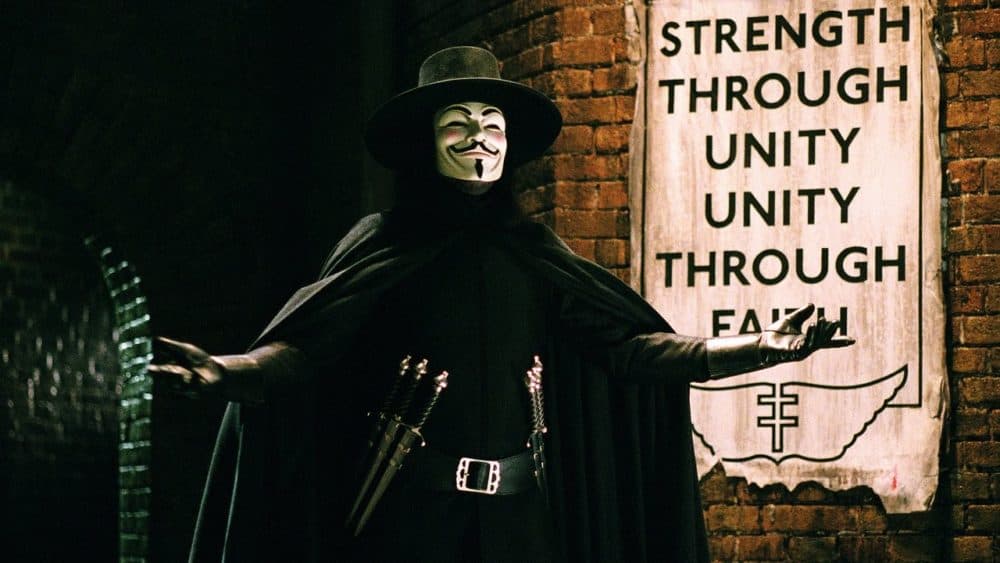 Say what you will about Hollywood smoothing over the rough edges of this complex, political narrative into something more straightforward and marketable, but the film that was ultimately released into theaters is nevertheless imbued with character and style that was both fiercely unique and wholly worthwhile when taken on its own merits.  It retains much of its complex character dynamics — including the graphic torture of the film’s leading lady by its leading man — while delivering the firebrand prose and infectiously frenetic action scenes that is more palatable to mainstream audiences. 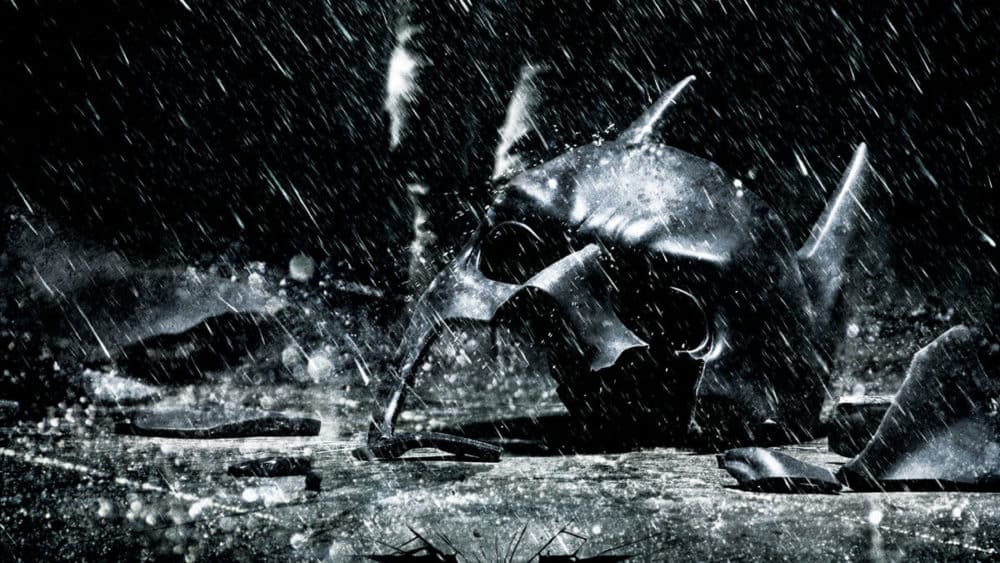 Although the final installment of Christopher Nolan’s Dark Knight Trilogy failed to live up to its spiritual predecessors (Nolan himself admitted to drawing inspiration from Fritz Lang’s 1927expressionistic masterpiece Metropolis, which is evident in its climactic, city-spanning riots), in addition to being hopelessly overshadowed by The Avengers that very same year, The Dark Knight Rises does succeed at satisfactorily closing the book on one of the best-received blockbuster franchises ever to come out of Hollywood.  Between its riotous climax and stand-outs like the destruction of Gotham’s football stadium mid-game, it gave us the kind of high-minded conclusion that the franchise had earned in the near-decade of popular filmmaking that it defined. 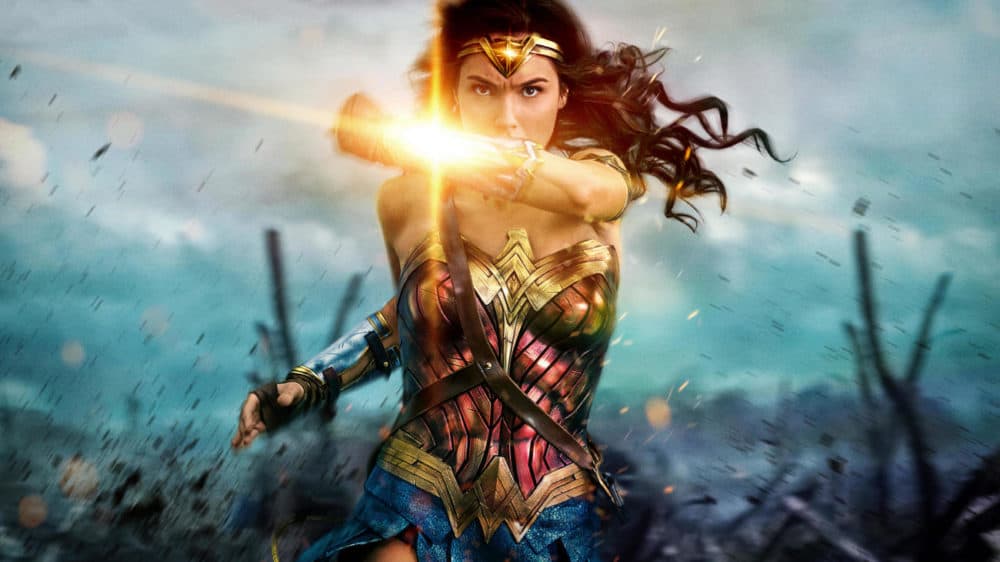 Along with Get Out (2017), Wonder Woman thrummed in tune to the heartbeat of the culture when it was unceremoniously released in the “filler period” between Suicide Squad (2016) and Justice League (2017).  Disregarding the tiresome continuity connections with the terrible movies it was being forced to act as a prequel to and the underwhelming third act that fell monstrously short of the story that preceded it, it was an amazingly kick-ass movie featuring a revolutionary female action lead and a head-banging score worthy of an Amazon princess.  It was singlehandedly good enough to somehow make the DCEU thus far tolerable and its forthcoming follow-up one of the most anticipated movies of 2019. 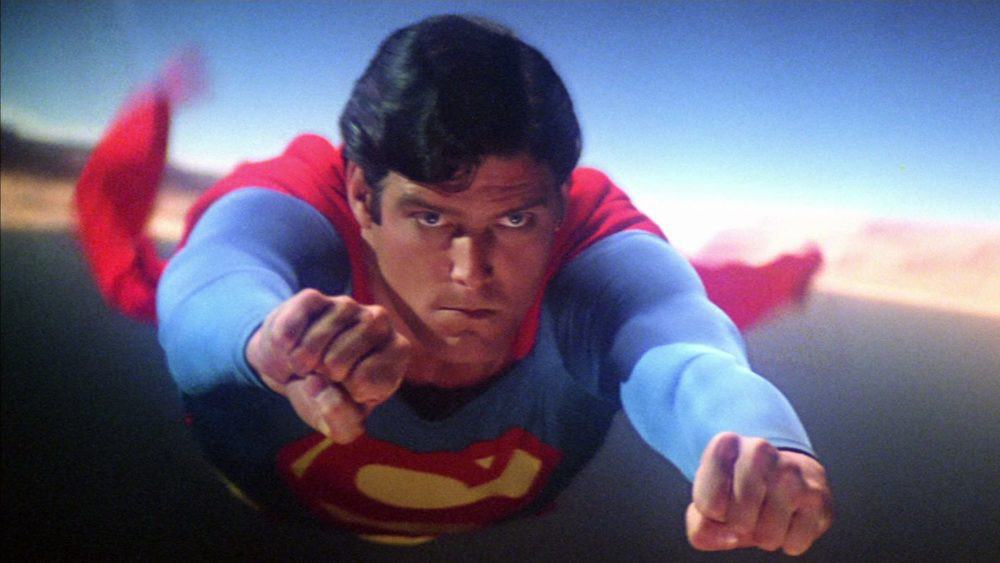 Here it is, the granddaddy of all superhero movies, against which all newcomers must inevitably be compared.  It accomplished what it set out to do so perfectly — between single-handedly inventing an entire film genre to updating the historically difficult Superman into an appropriately modern context to plucking a wonderful young actor from obscurity who could perfectly embody the film’s iconic title character —  it’s a genuine wonder that any movie in the decades since have been able to surpass it.  Superman is not just the Ur-superhero, but the Ur-superhero movie as well: the foundation upon which everything from Batman to Spider-Man (2002) to Iron Man (2008) has been erected. 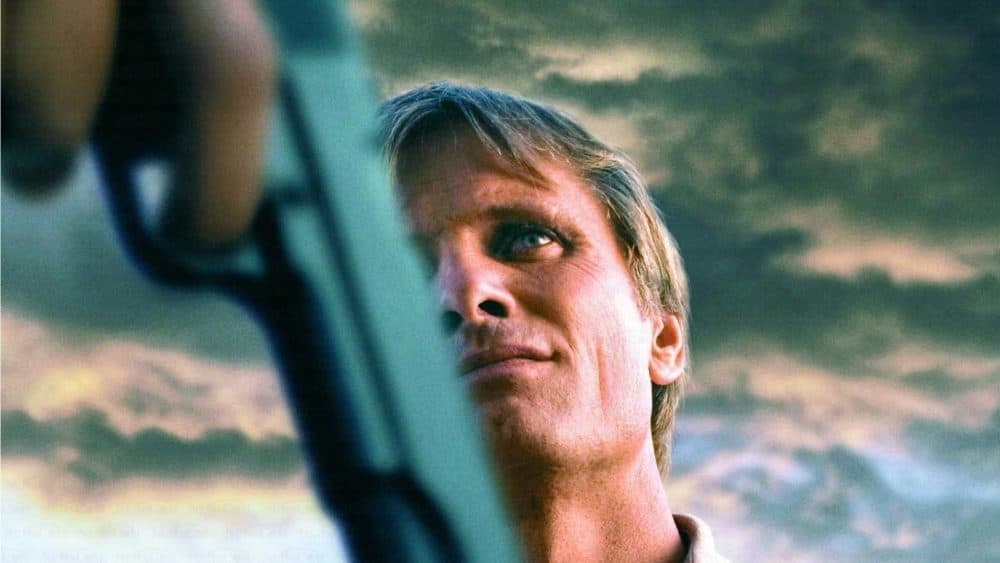 Like Road to Perdition, David Cronenberg’s unlikely adaptation of A History of Violence is a darkly consuming drama about the chaotic, unpredictable and ultimately devastating ways in which violence intrudes into the work-a-day lives of everyday people. Tightly shot by an often unappreciated master of the medium and portrayed by an astounding cast of unimpeachable actors, A History of Violence is less the story of violent men coming to violent ends as much as it is a matter-of-fact depiction of an unlikely series of events that simply happens: a fatalistic narrative that doesn’t develop so much as it marches inexorably toward its inevitable, predestined end. 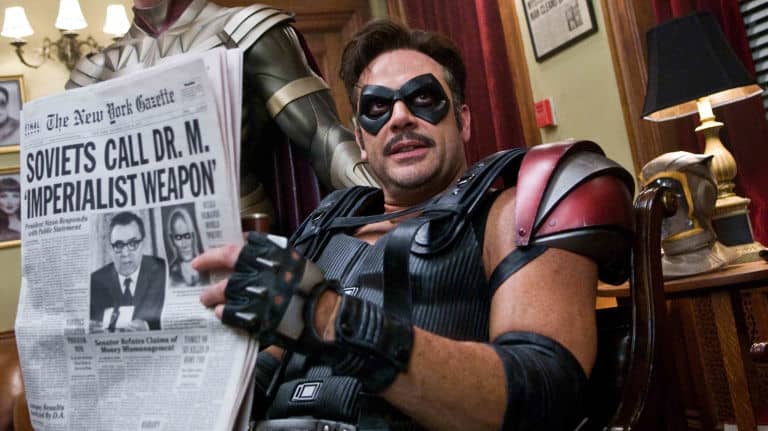 The more that I marvel at the mind-boggling perfection that is Watchmen, the more I’m convinced that director Zack Snyder was ideal for the job strictly because he could play the dark, nihilistic genre deconstruction straight.  It may be that Snyder didn’t get that the comic it was based on was satirical at all, and instead shot it as a straight superhero story (thus imbuing it with the kind of unironic earnestness it needed to succeed on the big screen).  It may also be that Snyder is such a visual stylist and his attempts to perfectly recreate scenes and panels from the comic in live-action resulted in a sort of hyper-fidelity that let its subtexts of racism, sexism and sadism shine through.  Or it may just be that Snyder got Watchmen from the get-go, and knew how to translate it into pitch-perfect cinema.  Whatever the reason for it, however, Watchmen is unquestionably the perfect version of story its trying to tell, and certainly one that’s worth a second look now that the genre it deconstructs has grown to absolutely dominate the movie industry in the years since its release. 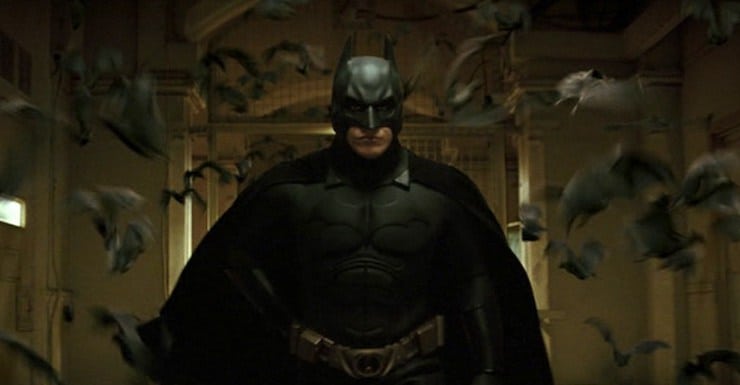 It’s strange to think that the opening act in Christopher Nolan’s back-to-basics Batman adaptation is anything other than the popularly lionized, critically lauded masterpiece that it is, but such is the world we live in.  With The Dark Knight (2008) being justly praised as the trilogy’s crowning achievement and The Dark Knight Rises riding off the coattails of both its and The Dark Knight‘s near-decade of success, everybody seems to have forgotten about this grim and gritty origin story that continues to be one of the most defining works to feature the Caped Crusader on the silver screen. 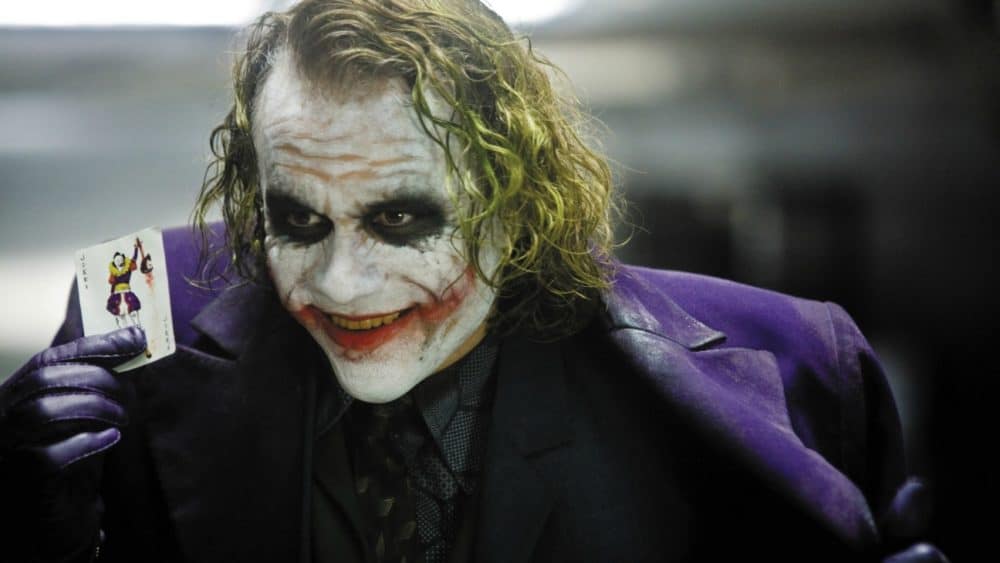 And, really, what else would it have been?  Despite the increasingly toxic fanbase that continues to aggressively champion Nolan’s seminal blockbuster, it really is the perfect standalone superhero movie.  Its script lays the action out as a sprawling crime epic, its cast (now featuring the resplendent Heath Ledger) has never been better than they are here and its director keeps the whole sordid affair reigned in enough to let its deeper themes and complex character dynamics take center stage.  Oh, and I guess that that Two-Face guy’s pretty great in this too. 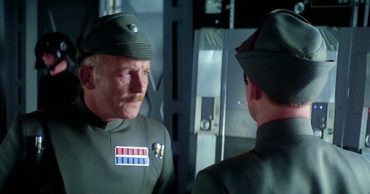 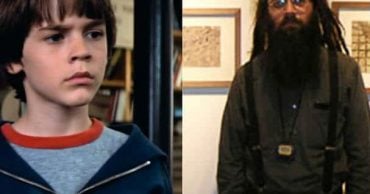 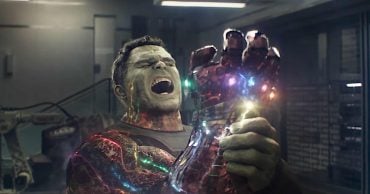 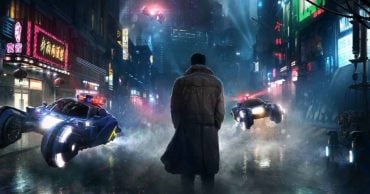 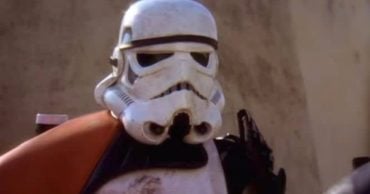 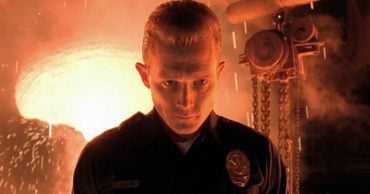