Chuck season 5 emerges with its tightly-coiled tenth entry in this week’s “Chuck Vs. Bo” Morgan’s past with the Intersect drags Chuck and Team Bartowski on one last mission in Vail to meet with superstar Bo Derek as herself, and uncover a new villain. Things are really starting to move along in Chuck‘s final episodes, and thankfully “Bo” manages to keep a good balance of its many plot lines toward one of the more fun episodes of the season.

Well, there’s three episodes left. That should be enough time to give Casey the Intersect too, right? Maybe Big Mike, or one of the Buy More extras?

All kidding aside, ‘Chuck Vs. Bo’left us with a lot to digest, particularly in those last few minutes as Casey and Sarah seemed pinned down by a barrage of gunfire, their only hope for Sarah to Intersect-ize herself and superhumanly take down the goons enforcing our final Chuck villain. It’s hard to believe something as monumental as that development arrives in the same episode where Jeff and Lester (repeatedly) discover Team Bartowski’s secrets, Morgan deals with his and Alex’s breakup indiscretions, the gang bounces back and forth between California and Colorado to retrieve another Intersect device, Bo Derek seduces Morgan as a spy herself, AND introduce a new Chuck villain tied to our hero’s very origins.

Suffice to say, it was a busy hour.

Before I go on, I’d like to take a minute to think about the ultimate Chuck villain Nicholas Quinn (Braveheart‘s Angus MacFadyen), and what his arrival says for the next three episodes and the series at large. Now Chuck has never had an overarching threat that lasted longer than a single season, aside from Shaw, but the series put that thread to bed a few weeks ago. And even then, Shaw didn’t represent anything crucial to Chuck as a person or a series, acting more as a dark mirror hellbent on avenging his wife’s murder through various twirls of an invisible mustache.

As Chuck‘s final act, it’s natural for creators Joshua Schwartz and Chris Fedak to want to return to the roots of the series in crafting a natural ending to their story, and to that end I appreciate the effort to tie Quinn to past Chuck foes like Fulcrum, The Ring and Volkoff, while simultaneously asserting that Bryce Larkin stole the original Intersect as Quinn was about to receive it. It begs the question of what the Intersect itself represents to Chuck as a person and to the series at large, namely what happens to ordinary people gifted with extraordinary powers, and how they evolve with or without them. Quinn could be an excellent Chuck villain, but the sad reality lies in the fact that we have to be told about his connection to Chuck rather than shown, meaning the character’s history has to be awkwardly shoe-horned into the already-convoluted mythology.

Chuck‘s fifth season has faced this problem a few times now, cramming additional backstory into the past, like the way “Chuck Vs. The Baby” ignored Sarah’s past with Bryce, or even here as Morgan somehow went on a world-saving mission to recover another Intersect in between the events of ‘Chuck Vs. The Frosted Tips.’I’d like to think that given how far in advance the creators knew of Chuck‘s 13-episode order for season five, there could have been a better way to introduce Nicholas Quinn than in the last four episodes.

But like it or not, Nicholas Quinn is who we’ve got, and I for one look very much forward to where this road leads. Sarah receiving the Intersect makes for an interesting twist in this final fight, and provided we take a little time to flesh out Quinn beyond his tantrums and glossed-over backstory, we should be in for a great final run of episodes.

That aside, ‘Chuck Vs. Bo’definitely made for a strong episode of Chuck even with its dizzying flurry of plots. I’m impressed with how well ‘Bo'(and Joshua Gomez in particular) managed to juggle so many plots coherently, with Morgan having to deal with the guilt of ‘Chuck Vs. The Frosted Tips,’remember details of his last mission, fret over Alex (Mekenna Melvin)’s breakup fling with another man, AND deal with Jeff and Lester’s repeated efforts to uncover the truth. And even then, I can’t recall the last time I giggled so consistently over the course of a single episode, between Chuck and Morgan’s fawning over Bo Derek, or more subtle gags like Lester wearing the same ‘dreadlocked’ski had as Morgan during his frosted tip days, the Vail Buy More doppelgangers occupying a re-dressed set, or the irony of Adam Baldwin muttering ‘I hate Twitter.’Plus, if the last few Chuck episodes carry anything like the tension of that final scene with Casey and Sarah, all bets are off for what might happen.

It’s in that way’Chuck Vs. Bo’keeps a delicate balance of good and bad Chuck, with a push-and-pull between stories willing to change the status quo and those that tacitly remain the same. For instance, at this late point in the series it doesn’t seem practical to keep toying with the idea of Lester and Jeff uncovering the truth, particularly in one episode, but there’s enough thought given to the idea of how Chuck, Sarah, Morgan and Casey will move on from their current paths that Chuck does seem finally willing to let the chips and character development fall as they may.

As far as Jeff and Lester, the Buy More really has always been the ‘creepy cousin’of Chuck, the way its C-stories felt increasingly tangential over the years as Chuck got deeper into the spy game, but their resolution feels true to life. We shouldn’t want Jeff, Lester or Big Mike getting in on the gunfights any more than their characters would naturally want to. We loved their charm, depravity and light heart, and the ultimate reset of sending the three blissfully ignorant employees off into the sunset, Subway sandwiches and all, feels like more appropriate closure than we ever could have asked for.

All in all, I’m glad that Chuck managed to re-introduce the Intersect into the series without necessarily forcing Chuck to rely on its power to save the day. Given the origin of the series itself, Schwartz and Fedak have done the right thing by once more posing the question of how this power affects the lives of those it comes in contact with, and giving us a different angle with which to see its endgame. 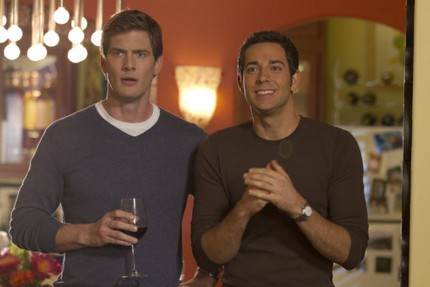 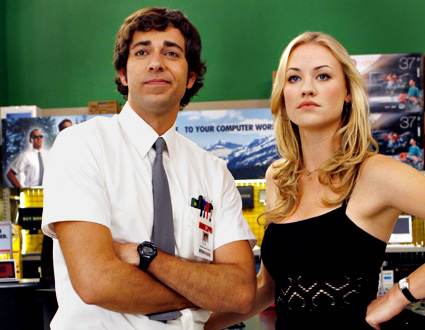 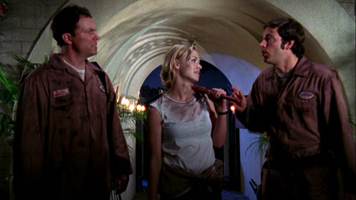 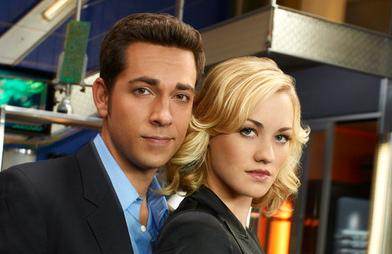