If you didn’t get a chance to check it out for yourself, read on for our Alcatraz recap of “Paxton Petty’!

In 1960, a young Emerson Hauser vomits over the side of a boat in the Alcatraz dock, as Dr. Sangupta (Parminder Nagra) and Warden James arrive to receive a new prisoner Paxton Petty (James Pizzinato), notorious for planting mines in populated areas in San Francisco. Warden James assures Paxton that they’ll find his remaining mines by any means necessary, but before they head into the prison Hauser nervously asks if Dr. Sangupta needs a ride to the mainland. She declines, but offers him a peppermint for his nausea. In the present, the elder Hauser watches over Lucy’s unconscious body, playing music for her, when a doctor arrives to report that she’s shown no improvement, and may need DNR instructions.

Somewhere at a local park, a man looses a dog to go for a run, when suddenly a mine beneath him explodes and blows off his leg! Multiple mines erupt in the nearby chaos, injuring other pedestrians. When Rebecca and Diego arrive on the scene, Rebecca notices a suspicious man at the scene that we know to be Paxton, while Hauser and Diego figure out on their own that the incident is his handiwork, describing him as a combat engineer eventually tried for war crimes. When Madsen sees his picture, she takes off after the man from earlier and stops him, but in defense he rolls a mine at her, which she barely escapes. 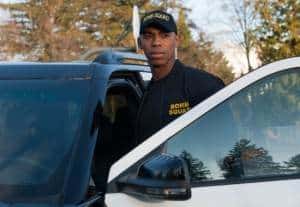 After recovering, Madsen notices a friend among the bomb squad, that of Matt ‘Psycho’Tanner (Necessary Roughness and True Blood‘s Mehcad Brooks). They note that some of the shrapnel contains rather uniquely-shaped metals, which a visit to Madsen’s medical examiner friend (whom Diego attempts to hit on) reveals them to be pieces of war medals

On Alcatraz, Hauser examines some of his old possessions , including photos of himself and Lucy, and song lyrics with the words “brooke,” “beard” and “grace” circled, when we flash back to Paxton Petty’s torture via ice tub back in 1960. He still refuses to divulge the location of his mines, and Dr. Sangupta insists that they need to try psychological methods instead. Meanwhile in the present, having learned that the medals are in fact silver stars, Rebecca and Diego figure out that the only place to get those would be off of exhumed soldiers from Paxton’s graveyard shift at the Presidio. They arrive but find no undisturbed graves, and Rebecca realizes he’d have to hide them where no one would look.

In Dr. Sangupta’s old office, she serves Paxton tea to warm him up, before revealing that she in fact drugged the tea to make him more docile. She questions him about his time in the war, all-the-while setting him up for electro-shock therapy, which once administered, Paxton starts humming a tune. She seeks out Tommy Madsen for the meaning of the tune, which in exchange for her finding answers of why he’s kept in the infirmary for his blood, confesses that the song represents a pattern to remember where mines are stashed. 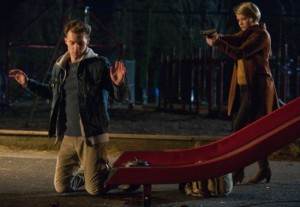 In the present, Rebecca and Diego enter the Mausoleum finding Paxton’s stash of mines recently painted to resemble playground colors. She calls Hauser to update him on the situation, when he demands she cross reference her results with anything ‘Windward,’though they find nothing at the local Windward Elementary School park. Hauser meanwhile goes off on his own to another of Paxton’s targets, a Sunset beach, accidentally stumbling on Petty planting his mines. Before he can apprehend him, he steps on one of the mines, and is forced to remain in place for the time being. Later that night while staking out Windward, Paxton arrives to plant his minds and Rebecca subdues him, but realizes that he’s done something with Hauser.

Rebecca throws him in his cell in present Alcatraz, and Paxton insists that he wants to know why he awoke in the year 2012 in a graveyard. Rebecca leaves Diego to entertain Paxton with his theories on the time jump, and uncovers Hauser’s research of the song lyrics, leading her to put together his location at Sunset beach. She lets Paxton out and drags him to the beach, but not before he mentions something to Diego about an unrecorded female doctor in Alcatraz’s past. Speaking of the past, Dr. Sangupta informs Warden James of the methodology for finding the mines, but Dr. Beauregard refuses to answer any of her questions about why Tommy Madsen is being kept in the infirmary.

Back in the present, Rebecca calls the bomb squad to help free Hauser from his predicament, despite Paxton’s taunts. Tanner reveals that Paxton wired this mine specially to be difficult to diffuse, and while a momentary respite allows Hauser to escape unharmed, the mine still detonates, killing Tanner. Angered, Hauser shoots Paxton in the leg and deceives him by saying the missing mine from 1960 blew up twenty years ago. When Paxton reacts, he inadvertently reveals the real location, and Hauser thanks him for instructions on where to dig.

In the past, Dr. Sangupta arrives at Hauser’s work station to ask about the ‘Twintree’outlined in Paxton’s notes, but also offers him a chance to take her to dinner. In the present however, aged Hauser whispers to a comatose Lucy that he finally found the mine, before unhooking her from life support and carrying her out of the building. He takes her all the way to New Alcatraz, where he commands Dr. Beauregard to ‘fix her’using her own methods. 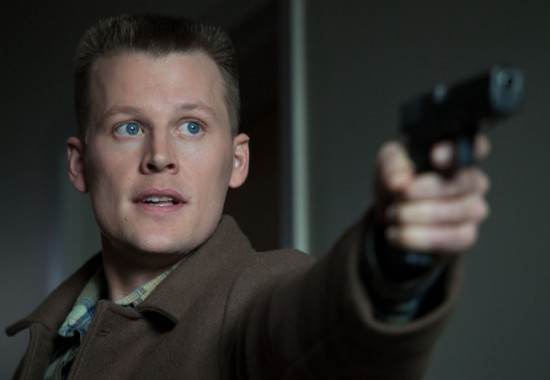 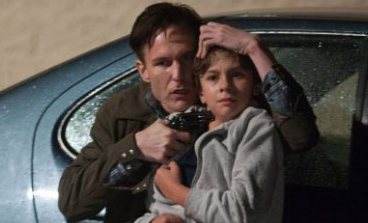 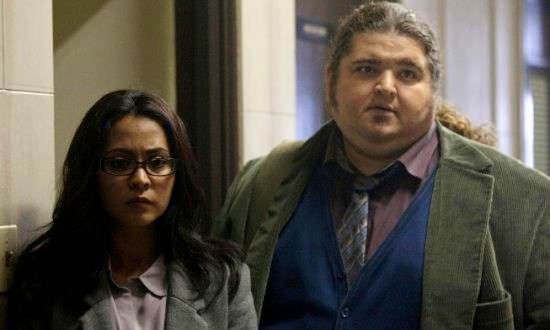 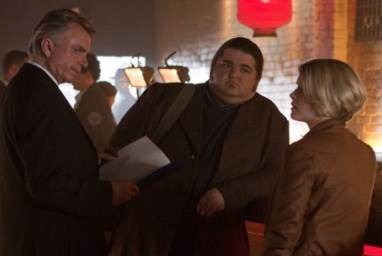 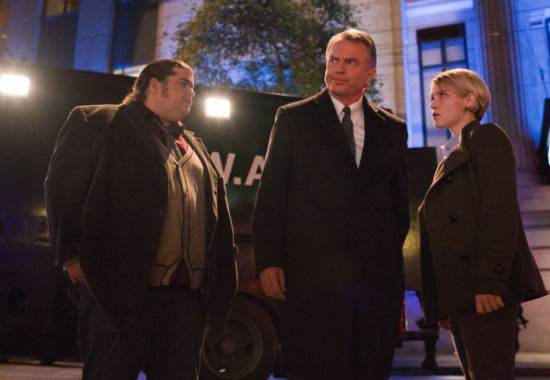 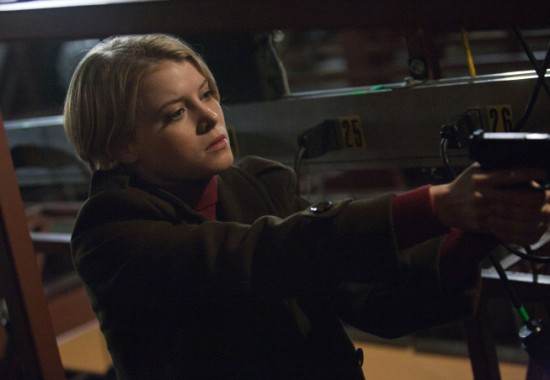