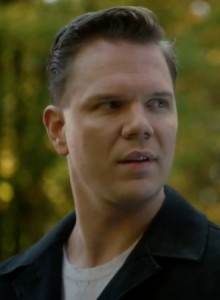 If you didn’t get a chance to check it out for yourself, read on for our Alcatraz recap of “Guy Hastings’!

In 2012 Alcatraz, Guy Hastings overlooks the dilapidated state of his former apartment, ripping off a hidden panel to find photos of his family from the past. When a current Alcatraz guard finds him trespassing, Guy knocks him unconscious, takes a gun from the same compartment, and stops to observe his daughter’s height markings etched into the wall. Flashing back to the 60’s, he watches his wife awake in the same room, and plays with his daughter before heading off to work in the rain to train new prison guards, one of whom is the man we’ve come to know as Ray Archer.

Back in the present, Ray shares dumplings with Rebecca Madsen, who asks if Ray really thinks her grandfather Tommy killed her grandmother. Ray confesses that he didn’t at first, but does now, before a call takes Rebecca to the scene of the beaten guard on Alcatraz. They reason that if Guy Hastings, a guard rather than an inmate could attack someone violently, he must have been put up to it. Meanwhile, Ray goes back to his bar while Guy looks on across the street.

History records that Guy Hastings died in a chemical spill in 1963, but while investigating the apartment, they find blood on a side that leads them to the hidden wall panel, empty save for a few clips. They think it’s likely that Guy will reach out to his still-living daughter Annie, so Diego and Madsen visit her under the pretense of writing an Alcatraz book. She doesn’t offer much beyond fond memories of her father, but does have a box of old memorabilia. Back in 1960 Guy leads a young Ray Archer on his first tour through the Alcatraz cafeteria when Ray spots Tommy Madsen (David Hoflin), who immediately lashes out and gets in a violent brawl with the new guard, Tommy quietly hissing ‘you shouldn’t have come here!’Back in the present, Guy holds a gun to Ray outside his bar before knocking him out. 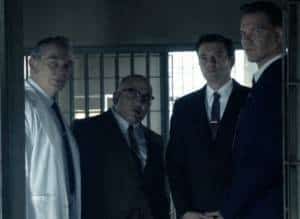 In the 60’s Alcatraz infirmary Dr. Beauregard tends to Ray’s head wound, when Wardens Tiller and James arrive demanding an explanation for the incident. Tiller seems suspicious that Tommy immediately attacked Archer, suggesting a connection and possible breakout attempt, but Guy assures him that he’ll vouch for Ray. In the present Diego finds a photo of Ray with Tommy Madsen, as his employee calls Rebecca to inform her of Ray’s disappearance. Ray wakes up to find Guy going through his home looking for evidence of Tommy, and demanding to know his location. Guy remains certain that Tommy must be somewhere in the present as well, and demands Ray take him to Tommy’s son instead.

After learning that Guy had been seen earlier across the street from the bar, Rebecca, Diego and Hauser visit Ray’s apartment to find it trashed, and his prize watch left behind. They put together that whoever set the Alcatraz inmates on the lose must be disconnected from and searching for Tommy Madsen, though Hauser remains uncertain why. Back in the past, Ray swears to Guy that he has no relationship to Tommy Madsen, but Guy informs him that if he is to work at Alcatraz, he should prove his loyalty by attacking Tommy in front of the same inmates who saw his head split open by the man earlier. 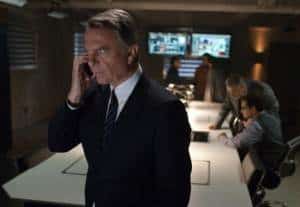 In the Alcatraz base Hauser meets with his private team to theorize what could be causing these events, while Diego and Rebecca recognizes a house from an old photo, and enlists Diego and his computer skills to identify the location, believing Ray and Tommy might have grown up near one another. Across town, Ray takes Guy to the gravesite of Tommy’s son Van, along with his wife. Guy says that he was instructed to look for Tommy because of ‘what they told me, what you saw they were doing to him,’but Ray points out he left some weeks before the disappearances to raise the family Tommy Madsen left behind. When Guy threatens Rebecca, Ray relents and offers to take Guy to Tommy.

The Alcatraz team manages to figure out from old records that Tommy and Ray were in fact brothers, making Ray Rebecca’s biological uncle, while back in the past the guards arrange for Ray to beat up Tommy in a public display. As Rebecca and Diego race to the scene, Ray and Guy enter the old home of Tommy Madsen, finding him not there at the moment. Ray asks Guy where he’s been all these years, but Guy only remembers being knocked out one night on duty, being told his family died in a chemical spill, and spending weeks in the infirmary before suddenly ‘it wasn’t 1963 anymore.’ 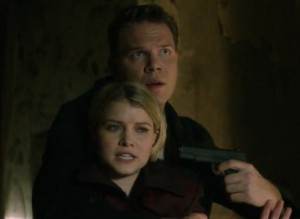 Rebecca arrives on the scene, but Guy gets the jump on her, holding her hostage while she insists that he was a good man and that his daughter lived on to have a family of her own. Hauser enters threatening to put a bullet in Guy’s head, but Rebecca manages to turn the tables and cap Guy in the knee before that happens. Meanwhile in 1960, Ray visits Tommy in the infirmary, and the two seemingly renews their bond, as Guy observes.

Hauser takes Guy to observe Annie and her family from a distance, noting that Hauser can’t ever see or talk to them, but lamenting Guy as a casualty in all this business. Across town, Rebecca observes Ray tending bar from outside, before heading over to Alcatraz to confront Hauser. She’s realized that Ray’s all-too-easy acceptance of the situation means Hauser had approached him about the inmates before, and that Hauser needs someone with ties to Madsen working on the team in order to function.

Meanwhile after a late night, Tommy Madsen confronts his now-elder brother Ray in his bar, who greets him coldly and sends him away noting he’ll kill him if he sees him again.