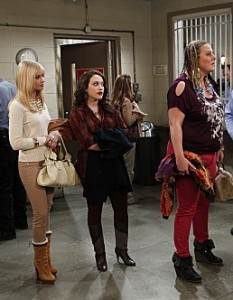 2 Broke Girls looks to bang out a cheap one in its latest effort “And the One-Night Stands” from its first season, which sees Max (Kat Dennings) and Caroline (Beth Behrs) dealing with old flames coming back to haunt them during the celebrations of Caroline’s birthday, and a trip to Caroline’s father in prison. “And the One-Night Stands” doesn’t gain a great deal of ground for 2 Broke Girls but certainly affords a few laughs around its jumbled narrative.

I didn’t’cover last week’s 2 Broke Girls ‘And the Kosher Cupcakes,’not merely out of sheer moral outrage, but toward the growing feeling I’ve had of the show at large; it’s not written for me, it’s certainly not going to change the expectations of someone not generally prone to three-camera sitcoms, and its certainly too early to give it such harsh criticism. Even at 18 episodes deep into its first season, I’m not sure what we can expect of 2 Broke Girls before its had some time to reevaluate its characters, and look at the narrative strategy going forward. For that reason, my coverage of 2 Broke Girls might be somewhat intermittent from here on out.

Last night however, I did find a few worthy ideas that I wanted to talk about, even if ‘And the One-Night Stands’felt like a mishmash of ideas jammed into 22 minutes. Watching any TV with investment causes a little bit of time distortion in that you’ll forget exactly how long you’ve been watching. To that end, I felt enough had been posed and resolved by the notion of Max and the diner patrons celebrating Caroline’s birthday and Caroline having her one night stand with her site’s webmaster, that I lost all sense of narrative flow when they made the abrupt decision to visit Caroline’s father in prison, for all the time that took.

That’s a problem with 2 Broke Girls that belongs just as much to the writers as to myself, in that it feels very much like two episodes jammed together into one, unable to reconcile the different threads within each. They’re linked by the common thread of one-night stands coming back to haunt both Max and Caroline, but Caroline’s learning to reclaim some of her own happiness in her birthday and affair with the webmaster feels somewhat emotionally distinct from her issues seeing her father. 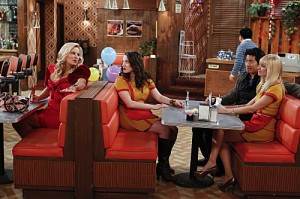 That isn’t to say that there aren’t a few laughs along the way, as overlooking some of the cheaper gags regarding forced sexual banter give way to more ensemble-based laughs, as the staff of the diner continually one-up another in the reveals of strip clubs and forbidden trysts between unlikely parties, an amusing escalation of frivolity. So too are there a few good laughs to be found in the sequences to and from the prison, with the caricatured ‘Bang Bus’patrons and Max’s former one-night stand appearing as an inmate with her face tattooed on his abs. I called early on that his overreaction to Max’s shunning would prevent Caroline’s father from actually appearing, but I suspect that has to do with CBS holding out for a higher-profile actor to take the role.

I even enjoyed a little bit of the sweetness transmuted from Max’s childhood memories of birthdays comprised of Fudgie the Whale, as the good memories add far more to the character than caricatured portrayals of her mother’s horribleness. ‘And the One-Night Stands’is far from the saving grace of 2 Broke Girls, but felt like it had enough solid material to justify a few more looks at the series going forward. If anything, I’d be most interested to check back in on 2 Broke Girls in its second season, to see how it’s resolved the unending complaints about the first. 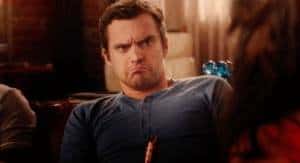 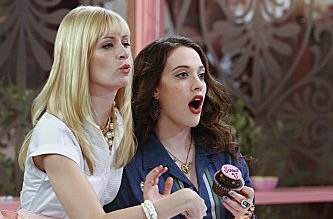 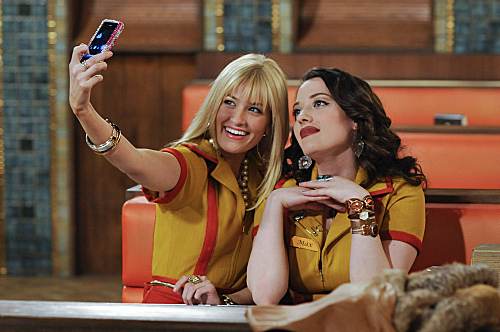 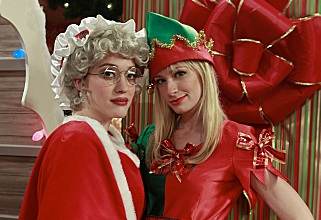 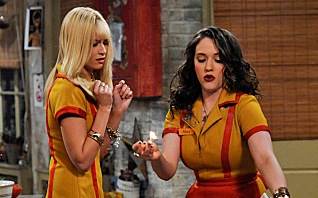 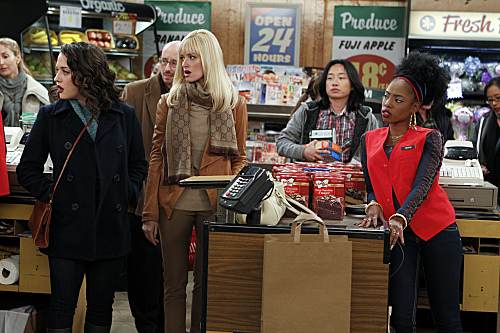 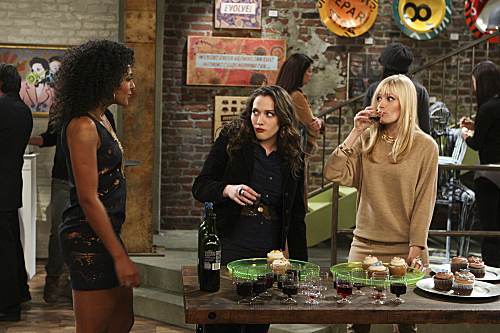